World of Final Fantasy Coming to Steam on November 21

The latest news in the world of video games at Attack of the Fanboy
October 31st, 2017 by Jose Belmonte 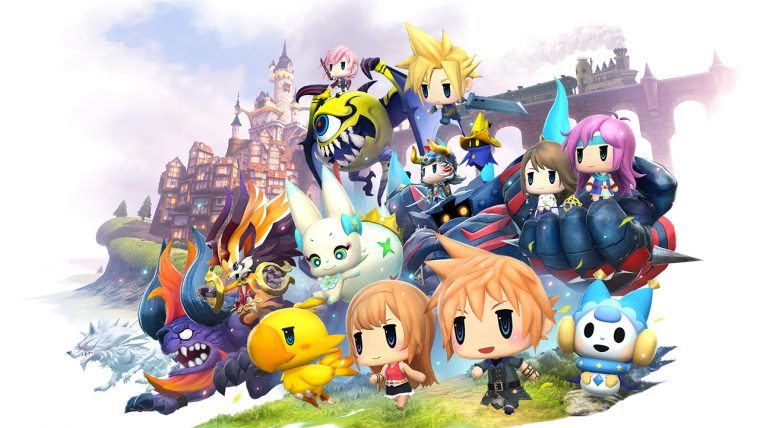 Square Enix has announced today that World of Final Fantasy, the turn-based RPG released for PS4 last year, is launching on PC via Steam in November. The game is a crossover featuring many of the most beloved characters and creatures of the franchise, presented through a very particular artstyle inspired by the popular Japanese ‘chibi’ designs. Furthermore, long-time fans will appreciate the game for being the last turn-based Final Fantasy the company has released recently, a welcome addition at a time when big RPG productions seem have opted to transition into a more action-oriented landscape.

The news have been announced through the franchise’s official Twitter account, along with a new trailer. World of Final Fantasy is set in the land of Grymoire, a place where the siblings Reynn and Lann wake up without remembering much of their past adventures. While exploring this fantasy world, they will capture the ‘mirages’ or monsters that they encounter, gaining their support to use them in battles. The mirage system is essential to succeed in the game, as the creatures unlock multiple skills and strengthen the main characters. The heroes han face battles in two modalities: One that allows them to keep their normal proportion and fight separately, or another one where they adopt chibi-forms and mount the mirages over their heads, acquiring their abilities.

We gave the game a positive review back in 2017, saying that “Building a game around nostalgia can often backfire, but the classic style battle mechanics mixed with the capturing and stacking of Mirages make World of Final Fantasy a trip down memory lane that any fan of the franchise should check out.”

Any user who purchases the game on the digital platform in the first week will receive the following bonus content:

World of Final Fantasy launches on Steam on November 21st. Watch the new trailer below.