World of Warcraft: Dragonflight is the Next Expansion Revealed in Awesome Cinematic

The next expansion for World of Warcraft has been fully revealed. 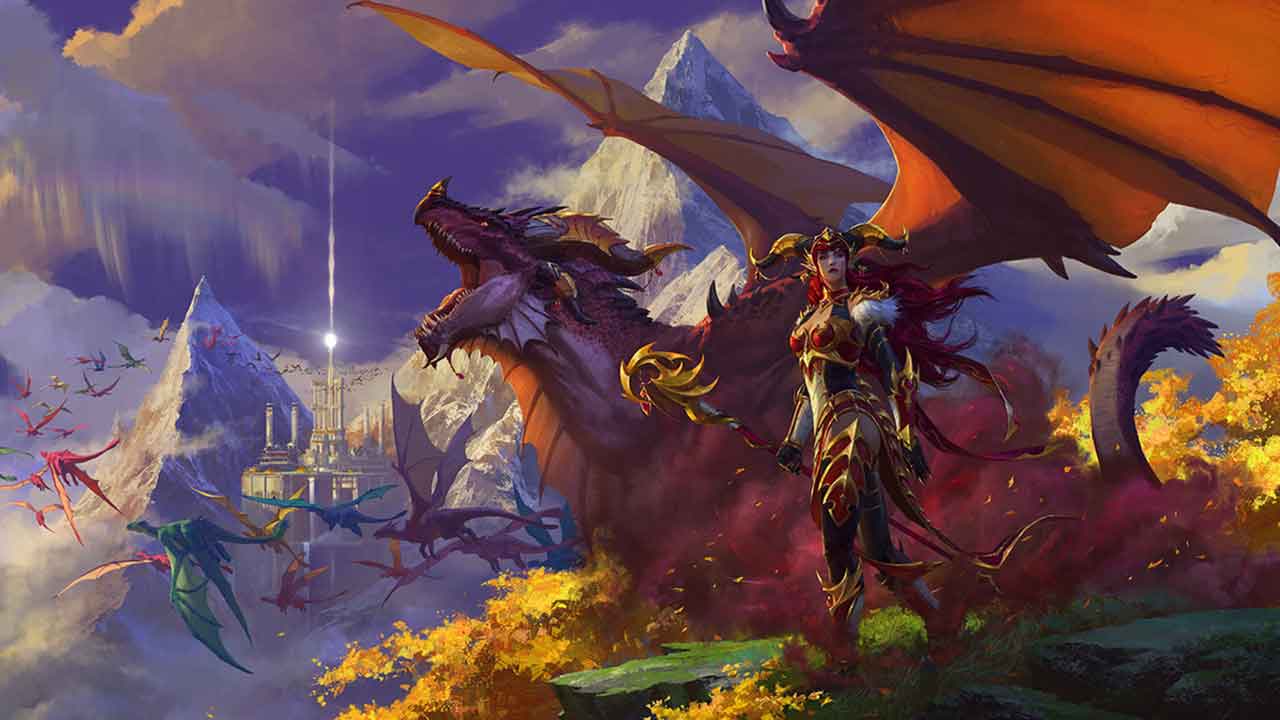 World of Warcraft: Dragonflight is the next expansion for the popular long-running MMO from Blizzard.  Previous leaks have turned out to be true with the new content offering a bevy of new content for WoW players. A brand-new cinematic reveal trailer for Dragonflight has been released and Blizzard has covered a lot of ground on this announcement in terms of what to expect from this new content.

The World of Warcraft team at Blizzard is currently hosting a live stream event which is outlining a lot of this new content.  The first details coming out of the announcement suggest that there are going to four new zones added with Dragonflight, as well as a new Race & Class called the Dracthyr Evoker.  One of the bigger announcements is that of dragonriding.  So the big takeaways are that there will be playable dragons as the new class and dragons that can be ridden as well.  Blizzard also notes that it’s not just about dragons in Dragonflight.  There’s also going to be a talent tree revamp with the release of the expansion, as well as a User Interface upgrade and a Professions update with the content.  Blizzard also notes that as expected there will be new dungeons and raids with the new zones.

World of Warcraft is the massively multiplayer online game that just won’t die.  Now going strong since 2004 and still has a relatively health player base, even with the many different changes that the game has seen in recent years.

World of Warcraft Dragonflight does not have an official release date.

Attack of the Fanboy / GAME NEWS / World of Warcraft: Dragonflight is the Next Expansion Revealed in Awesome Cinematic