The latest news in the world of video games at Attack of the Fanboy
February 10th, 2015 by Damian Seeto 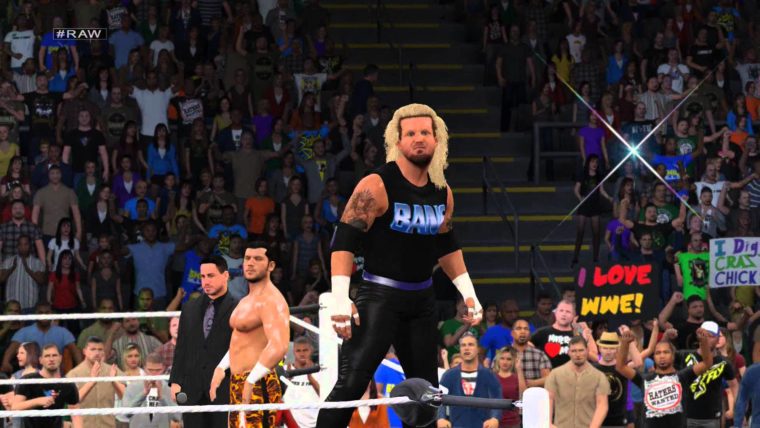 It looks like WWE 2K15 will never be adding custom MP3 support as 2K Games won’t be adding it this year.

On the official WWE 2K15 forums, an entire thread was created demanding that the game adds custom MP3 support. Many people would like to add their own music to wrestlers’ entrance themes.

WWE 2K15’s community manager, Marcus Stephenson, broke everyone’s hope by saying: “This feature will not be added this year, folks“.

WWE 2K15 is the first WWE video game in many years that doesn’t allow you to upload your own music to entrance themes. Part of the reason is because of the PS4 and Xbox One consoles. Although MP3 support was removed from the PS3 and Xbox 360 versions of the game too, which annoyed a lot of people.

One of the many reasons people want MP3 support for entrance themes in WWE 2K15 is because some wrestlers don’t have the right songs. A perfect example of this is Diamond Dallas Page. The theme he used in WCW was the excellent “Self High Five”. In the game however, he uses something else that doesn’t sound right.

If you were hoping a future WWE 2K15 update will add MP3 support, then you are out of luck. Let’s hope this feature gets added back in WWE 2K16.