The latest news in the world of video games at Attack of the Fanboy
June 1st, 2015 by Damian Seeto 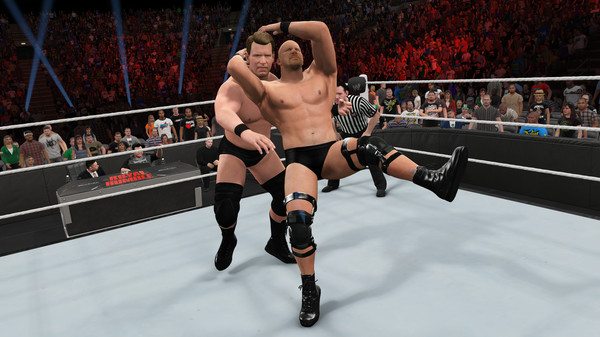 PC owners will finally receive DLC for WWE 2K15 later this week. It comes just over a month the initial game came out back in late April.

“Whatcha gonna do, brother, when the ‪#‎WWE2K15‬ PC DLC runs wild on you tomorrow?!”

WWE 2K usually announces things in the North American timezone. This means WWE 2K15 DLC is likely to land on June 2nd. The PC version of the game comes with all of the DLC that was released for the console versions. PC gamers get a bargain since the DLC and Season Pass were sold separately for console owners.

The DLC for WWE 2K15 includes the WCW and NXT packs. It also includes a moves pack that came with new wrestling maneuvers. However, most people will be excited with the three 2K Showcase storylines included. These modes come with lots of wrestlers and playable matches.

The only tiny piece of DLC missing from the PC version of WWE 2K15 is Paige. Paige will remain a console exclusive and she won’t be officially available for PC owners. Although you can likely download a mod of her.

Even though WWE 2K15 is out on PC, it’s strange that 2K Games didn’t announce WWE 2K16 for the platform yet. Maybe it will receive a delayed release again…