The latest news in the world of video games at Attack of the Fanboy
March 6th, 2015 by Damian Seeto 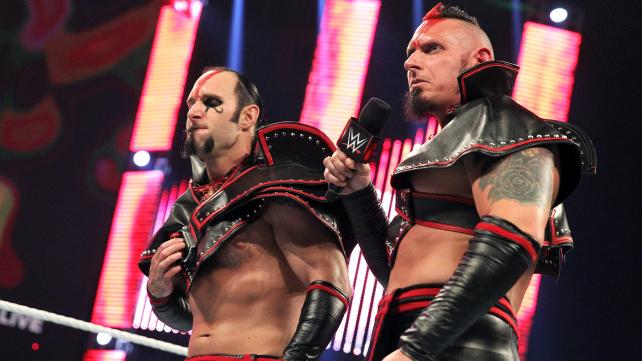 2K Games has now revealed that the WWE 2K15 NXT Arrival DLC will be coming out early next week.

The release date for the WWE 2K15 NXT Arrival DLC is March 10th in North America. It will be available for the PS4, PS3, Xbox One and Xbox 360 platforms. For those that live in other countries, you may have to wait a few more days until the DLC is available for you.

The NXT Arrival DLC will be priced at $6.99. This DLC is sold separately from the $24.99 Season Pass. Even if you paid for the Season Pass, you still have to pony up $6.99 to get these extras wrestlers in WWE 2K15.

This DLC kind of shows how hard it is for WWE 2K15 to keep up-to-date with WWE programming. All of the wrestlers included in the NXT Arrival pack are already on the main roster.

This is the second to last DLC that will be available in WWE 2K15. The last addition to the game will be 2K Showcase’s “Path of the Warrior”.