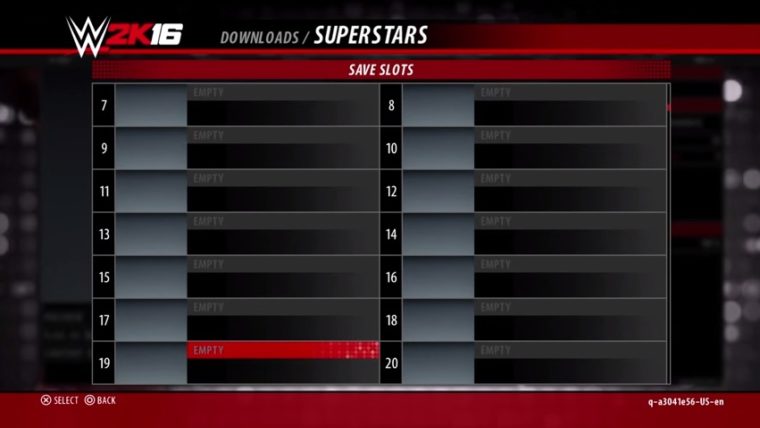 The create-a-wrestler (CAW) slots have been bumped up to 100 wrestlers in WWE 2K16. This is a huge increase from WWE 2K15.

If you played the PS4 and Xbox One version of WWE 2K15, you’ll remember that game had a measly 25 CAW slots. This was weird as the PS3 and Xbox 360 versions still had 100 slots. This is just one of the many flaws people didn’t like about last year’s game.

The WWE2KDev Twitter page shared a new video for WWE 2K16. It confirms that this year’s game will allow you to save up to 100 wrestlers. Obviously this number is far bigger than in last year’s game and many people are happy about this positive change.

WWE 2K16 will have over 120 wrestlers for the main game. This means you could have over 200 playable wrestlers if you included all of the created wrestlers too. This is much better and a big improvement.