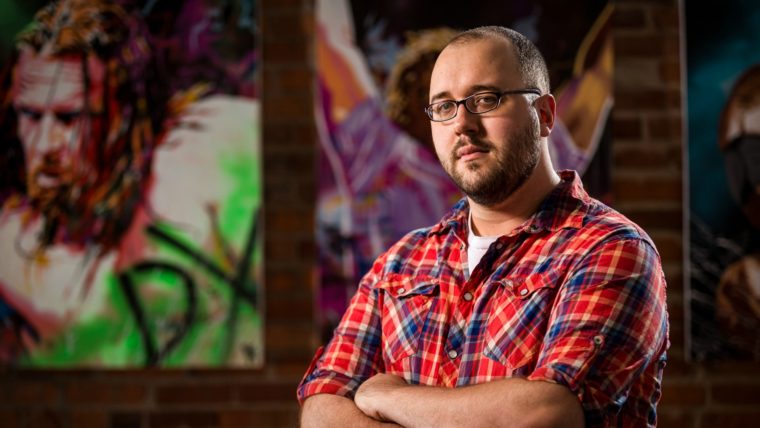 2K Games is organizing a very unique way to reveal the roster in WWE 2K17 this year. Some of them will be announced at E3 2016 via pieces of artwork that will be displayed at the event.

2K Games announced via the official website that artist Rob Schamberger (pictured) will “be at the 2K booth painting WWE 2K17 roster members” on all three days at E3 2016. He will be there on June 14th until June 16th.

2K notes that these roster members will be the first batch to be announced outside of Goldberg. It’s unknown how many wrestlers will be revealed, but Mr Schamberger will have to paint a lot of them. The artist has worked with WWE before doing a lot of artwork for the company at events such as WrestleMania and SummerSlam Axxess.

It will be interesting to see how up-to-date the roster is in WWE 2K17. The company has signed a lot of new names in 2016 and several of them might not even make it to the launch roster. Some new additions include the likes of Shinsuke Nakamura, Austin Aries, Doc Gallows, Karl Anderson and more. Hopefully AJ Styles makes it as he debuted back in January 2016.