Xbox 360 vs PlayStation 3: Price Cut Wars to roundout the generation 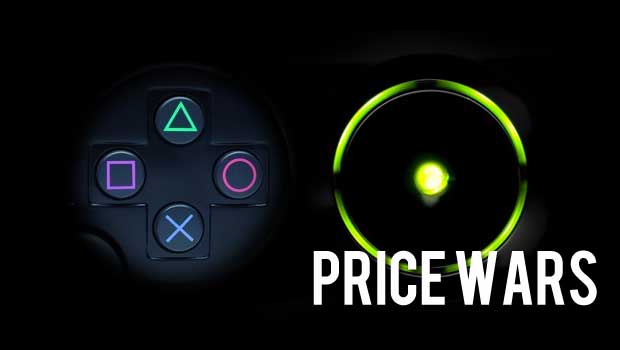 The next big announcements from both Sony and Microsoft could be price cuts for the PlayStation 3 and Xbox 360 consoles later this year.  That is according to industry analyst Michael Pachter.  Pachter believes that both companies will move to slash the prices of consoles with the arrival of Nintendo’s Wii U, giving consumers something to think about when hitting stores this holiday season, and perhaps sooner.

Microsoft has seen huge success this generation with the Xbox 360 and its domestic sales.  The console has continually outsold its rival, the PlayStation 3, and believes that Sony may need to cut as early as E3 to boost sales.

“We expect hardware sales to rebound once price cuts are implemented, but expect a recurrence of the dip next holiday,” said Pachter.  “Recent slowing of the Xbox 360 hardware sales could cause Microsoft to consider a price cut by E3.  We do not expect an announcement of a next-generation console from Microsoft until the Xbox 360 core model is priced below $200… PS3 hardware sales should continue to lag those of the Xbox 360, and we expect sales to trend downward…until Sony cuts prices once again, likely at E3,” the analyst explained in recent research notes.

With E3 only seven weeks away, we’ll see shortly whether Sony or Microsoft has any intentions of slashing prices at this year’s show.