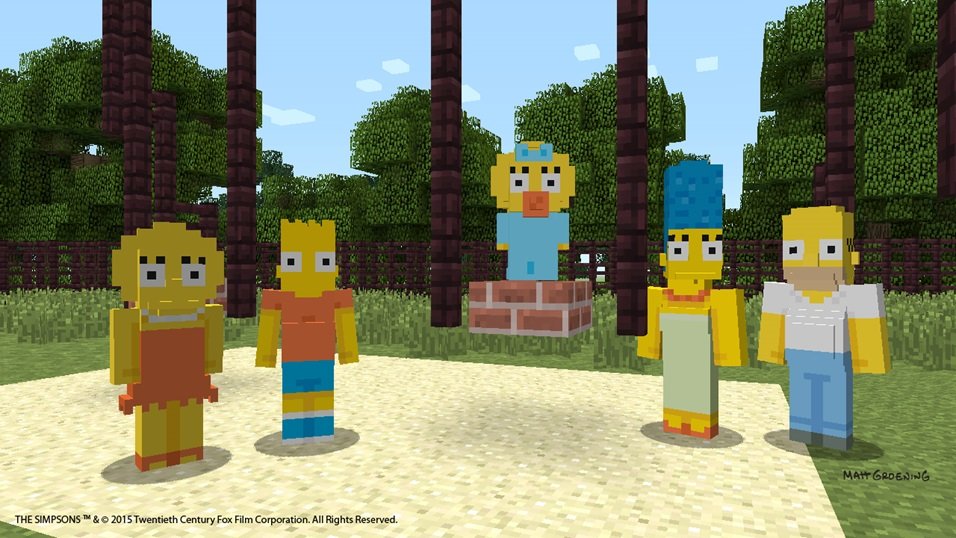 Microsoft is teaming up with Twentieth Century Fox to bring The Simpsons to Minecraft on the Xbox.  Slated for release on the Minecraft Xbox One and Xbox 360 Editions, The Simpsons content pack will feature the entire family:  Homer, Marge, Bart, Lisa, and Maggie.  In addition, 19 of Springfield’s characters will be included in the pack, bringing the total tally of characters included in the DLC to 24.

4J Studios will be handling the DLC, and judging by the large number of replies to their Twitter feed, Minecraft fans are excited to get more content for the game.  With so many characters from The Simpsons universe and such a large community of folks who make videos with the game, an avalanche of The Simpsons Machinima is likely to begin next month.

The content pack will release in late February for $1.99 on both platforms. The announcement from Microsoft revealed that other platforms may be announced at a later date.  While many content packs have come to both PlayStation and Xbox platforms in the past, no announcement has been made as to whether The Simpsons will be an Xbox exclusive, or not.