Xbox One Backwards Compatibility Adds Some Board Game Style Fun 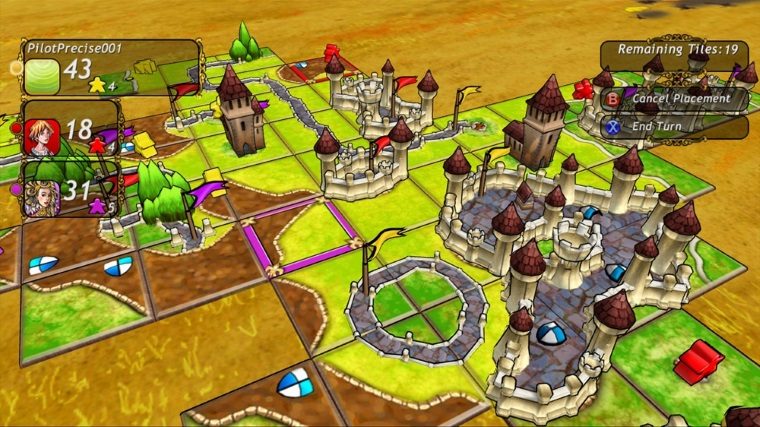 Wow, Microsoft is really churning out the Xbox One Backwards Compatibility games these days. Yesterday saw the return of an XBLA classic with Geometry Wars: Retro Evolved, and today we get a bit of board game style fun with Carcassonne.

The game, which can be purchased for $9.99 on Xbox 360, will now be playable as well on the Xbox One via the Backwards Compatibility feature. The game is a modification of the board game classic, which has players assigning workers on a board as it is built. Carcassonne was originally released all the way back in 2007 for the Xbox 360, making it one of the older games to make it onto the latest console.

“Buy Carcassonne today and become a master of medieval strategy. Own a fully featured version of the board game classic and fulfill the need for challenge any time you want, or play socially, with up to five players on Xbox LIVE, or up to four players on just one Xbox 360. Multiple levels of difficulty offer a challenging experience for players of all ages and levels of experience.”

As usual, if you already own the game, it will just show up in your Games section as “Ready to Install”. Click on it and the game will download, allowing you to play it using the Xbox One Backwards Compatibility feature.