Xbox One Controllers Just Got a Big ‘Tech’ Upgrade 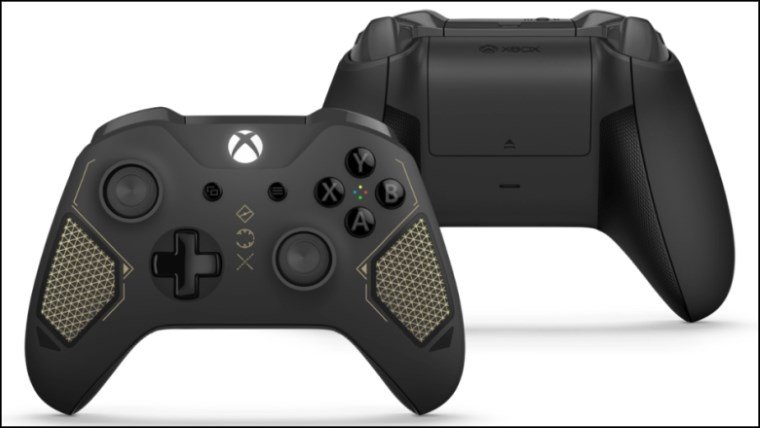 The Xbox One controller has went through a few iterations over the last several years. Though the design largely remained the same, aside from the beefy Elite Controller, there were small changes here and there to make it more elegant, easy to use, or just plain cooler. Now we’re seeing another revision with the newly announced Xbox One Controller – Recon Tech Series. The first one will launch on April 25th for $69.99, so read on to see what’s new about this upgraded controller.

“In developing this new controller series, the Xbox team was inspired by military technology and performance patterns, exploring concepts stemming from combat armor and sci-fi mechanical gear,” reads the announcement. “Premium finishes like a laser etched texture on the front, gold accents and insignia are on the front of the controller. The back of the controller features textured diamond rubberized grip for added control and comfort.”

Aside from that, the new Xbox One Recon Tech Series controller is pretty similar to past iterations, and doesn’t seem to be replacing the default controller that you can find today. Instead it’s another in a long line of options that allow gamers to choose how their Xbox One experience will play out.

The aesthetics are also pretty impressive. As seen above, the new Xbox One controller is pretty sleek and stylish, with the military and sci-fi inspiration showing through quite a bit. Having textured grips on the back will also be a big help, especially for those long gaming sessions, or when things get really hectic and your hands start sweating.

What’s been your favorite Xbox One controller so far? Which are you using on a daily basis? Let us know in the comments below, and also mention if you’re gonna get an order in on this new one when they hit on April 25th.