Xbox One Exclusive Quantum Break Aiming For 1080p and 30fps 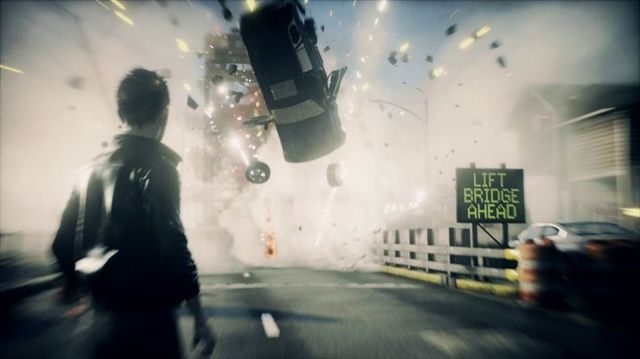 Remedy Entertainment has now revealed that the final resolution and frame rate for Quantum Break should be 1080p and 30fps.

The final image for the game will be 1080p with the screen-space lighting to be 720p. Some people were confused about seeing this report and assumed the game will only be running at 720p. This is not the case.

As reported by Eurogamer Italy, Remedy Entertainment denied that the game will be running at a resolution of only 720p. This was a misunderstanding from people that saw 720p on the report.

You can read all about their presentation for Quantum Break on the PDF file. A lot of the report talks about the technical details they achieved to make the graphics in the game look great.

As for the frame rate, the same presentation revealed the game will be 30fps. This is standard for most third-person shooters on consoles. 1080p and 30fps is a good target and Remedy Entertainment is sure to achieve that benchmark on Xbox One.

Quantum Break releases exclusively for the Xbox One on April 5th, 2016. It is a third-person shooter with a live action series also in production too.