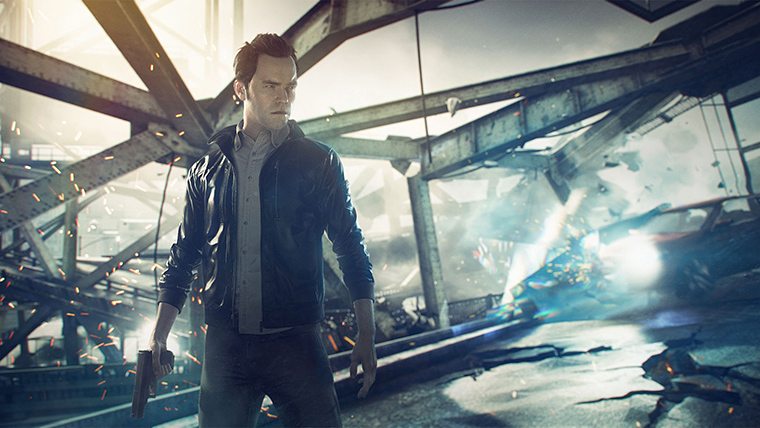 The Xbox One exclusive title Quantum Break will be getting a new trailer tomorrow according to Microsoft and the game’s developer, Remedy Entertainment. To hold gamers over until the new trailer hits, Microsoft has released a very tiny teaser. Unfortunately this teaser isn’t in the form of a video, instead just showing a small sliver of the trailer in gif form.

The gif, which was tweeted out a little while ago, shows the main character of Quantum Break, his back turned to the camera, with what look like sniper laser sights training on him. The story of Quantum Break is still very unknown, involving time travel run amok. Due to an experiment gone wrong, the two main characters of Quantum Break are granted time related abilities, which they will use in the game in various ways.

Quantum Break has been highly anticipated ever since it was first unveiled, with a couple of delays making fans all the more excited for its release. The game seems set to launch on its current release date, which is set for April 5th on the Xbox One.  A TV series is also set to be released alongside the game.

Check back tomorrow for updates in regards to the new trailer for Quantum Break.