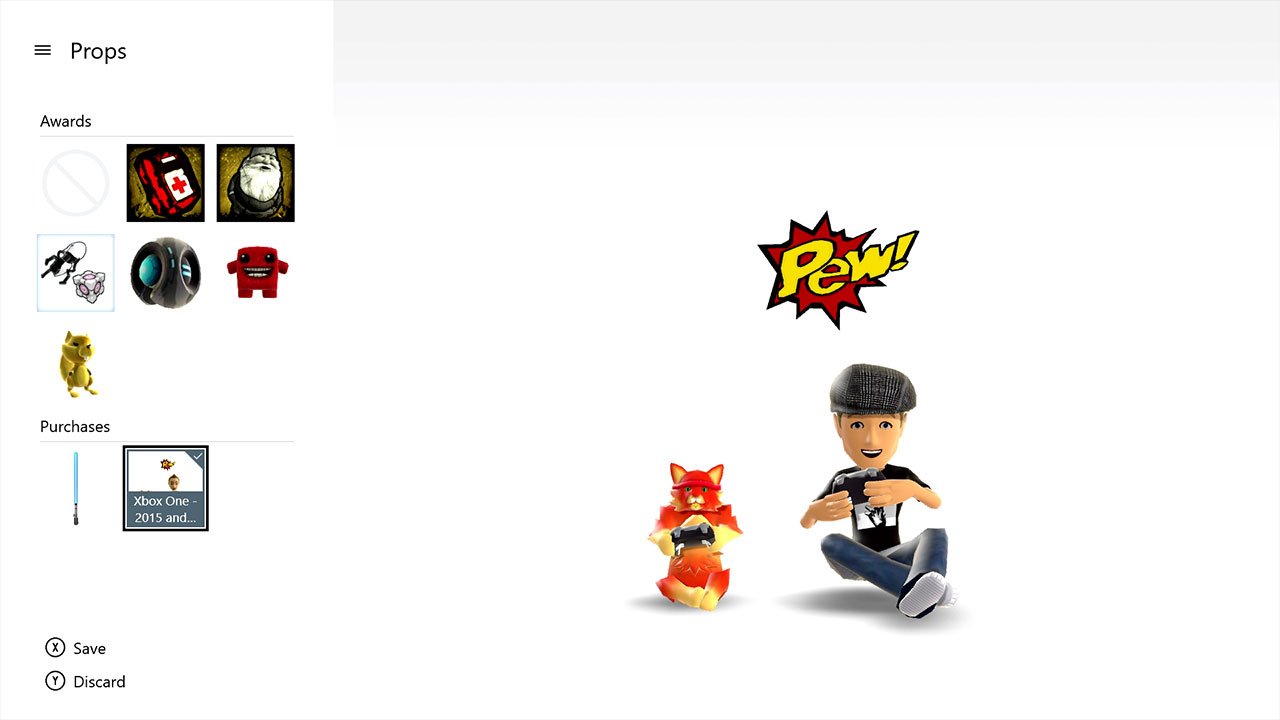 Xbox One Preview Participants have received a free gift from Microsoft as a thank you for testing the NXOE.  Those who participated in the preview have recently gotten a message from Microsoft with a download code for an Avatar Item called Ninja Cat.

To get the item, you need to log-in to your Xbox Live account on Xbox One, check your messages, and then click the download now button to add it to your props list in the Avatar App.

Do you need a time machine to actually see your Xbox Avatar you ask?  No, Xbox Avatars are apparently still alive and kicking on the Xbox One, and they’ve got their own App in the Games & Apps section of the new dashboard.

Avatars aren’t quite as prevalent in the New Xbox One Experience as they once were on the Xbox 360 Dashboard, but Xbox One owners can still customize their virtual representations in this App.

The NXOE launched just a short while ago and made a number of streamlined changes from the original Xbox One Dashboard.  Things like friends lists, parties, and messages are now just a single tab away.  Backwards Compatibility has also been added for all Xbox One owners, as promised — a full list of titles can be found here.  The NXOE is biggest change to the dashboard that we’ve seen since the console launched in 2013.

Xbox One Preview Program Members are still getting new updates ahead of everyone else.  Here’s how to get in.