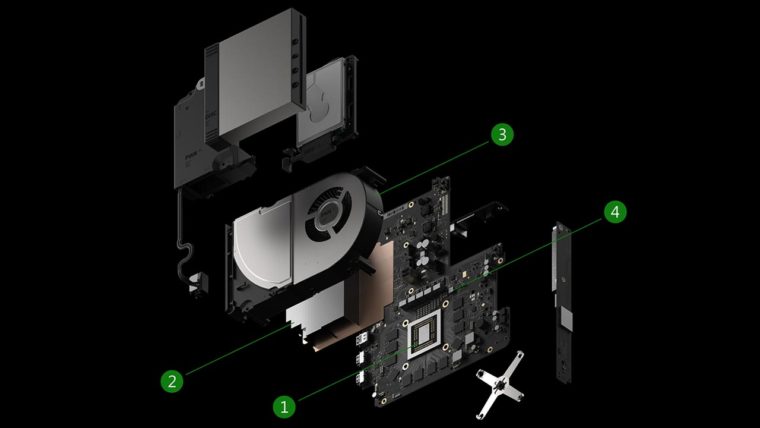 Xbox Project Scorpio has been touted as the “most powerful console of all time”, and the system specs that we’ve seen so far have seemed to prove that statement true. However, it seems like Microsoft wasn’t totally satisfied with already having the most powerful console. According to a new announcement from Corporate Vice President for Xbox, Mike Ybarra, Xbox Project Scorpio just became even more powerful, unlocking an additional gigabyte of RAM.

“We’ll keep tuning Scorpio to empower creators to share the best versions of their games,” tweeted Ybarra. “Unlocked extra GB of RAM for them, now 9GB of GDDR5. Games that don’t use the full 9GB, the rest of the RAM will be used as a cache (making things load way faster, etc.). All games = better.”

We’ve seen developments like this before with Xbox One. The console launched with less power than the PS4, and while it still lags behind in a few ways, Microsoft has made a few key changes that brought those two consoles closer together in terms of raw power.

These changes have been evident in the number of games that feature lower resolution across Xbox One and PS4. When the consoles first launched it seemed like every major AAA title had some difference, allowing it to run on Xbox One. Lately though this has been less common, though the Xbox One still does trail in a few specifications.

Xbox Project Scorpio jumping to 9GB of GDDR5 RAM for gaming (it has 12GB overall) is a huge development and promises some big graphical improvements over not only the Xbox One, but other consoles as well. The PS4 Pro currently has 8GB of GDDR5 RAM and uses 5.5GB for gaming, with additional memory available for other purposes. Project Scorpio already looked more powerful than PS4 Pro, but this new development will make it even more true.

Expect more news on Project Scorpio at E3 2017 next week. The console is scheduled to release this holiday season.