The latest news in the world of video games at Attack of the Fanboy
January 8th, 2016 by Kyle Hanson 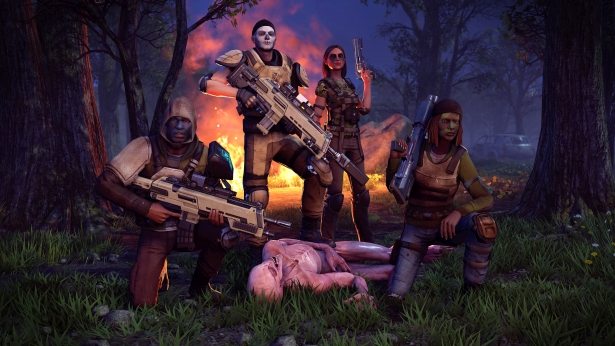 XCOM 2 is coming to PC in less than a month, hitting on February 5th to be exact. That means its time for 2K and Firaxis to start getting those pre-orders moving, and they’re doing that with the newly announced pre-order bonus pack. Starting now, anyone who pre-orders XCOM 2 will receive the Resistance Warrior Pack, a set of cosmetic items that you can use to customize your squad of soldiers.

“Customize your squad of resistance fighters with bonus outfits, headgear, and custom facial war paint. Instantly unlock a survivor of the old war as a recruit in your barracks.” The developer doesn’t go too in-depth into what is in store for those who have the DLC pack, but it seems like a nice little bonus for players who like to customize their soldiers.

If you aren’t exactly sure whether or not XCOM 2 is for you, you can check out our two totally different hands-on previews. Will goes deep into the systems underpinning the turn-based strategy game, comparing it to the previous title and its excellent DLC expansion. I, on the other hand, have never played an XCOM game before, so I’m hitting the experience with fresh, ignorant eyes. In the end, we both came away quite impressed and very anxious for February 5th.