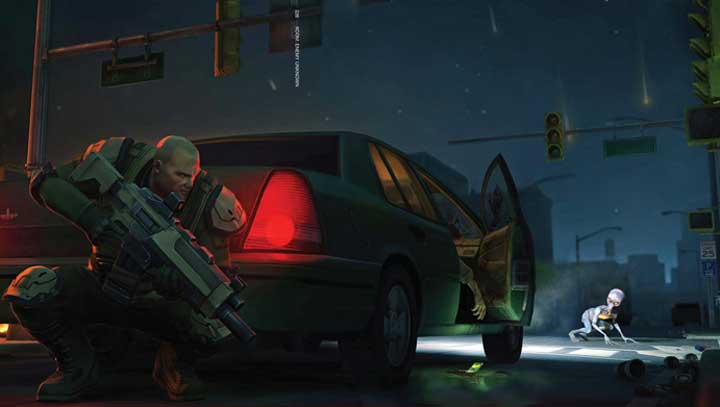 A second XCOM game is officially on the way according to this month’s Game Informer magazine. It was almost two years ago when we heard that 2K Marin would be working on a FPS version of the classic title, but today Firaxis Games has announced that a strategy version of the franchise would be heading our way with XCOM: Enemy Unknown.

Firaxis Games is best known for another strategy franchise, Civilization. Described as a “full-on strategy game that puts players in command of a global anti-alien defense force”, ‘controlling each shot that is fired on the battlefield’.

“It’s been a dream of ours to recreate X-COM with our unique creative vision,”said Steve Martin of Firaxis. The company says that they have paid close attention the game’s roots and “were careful to keep XCOM: Enemy Unknown true to the elements that made X-COM such a revered game.”