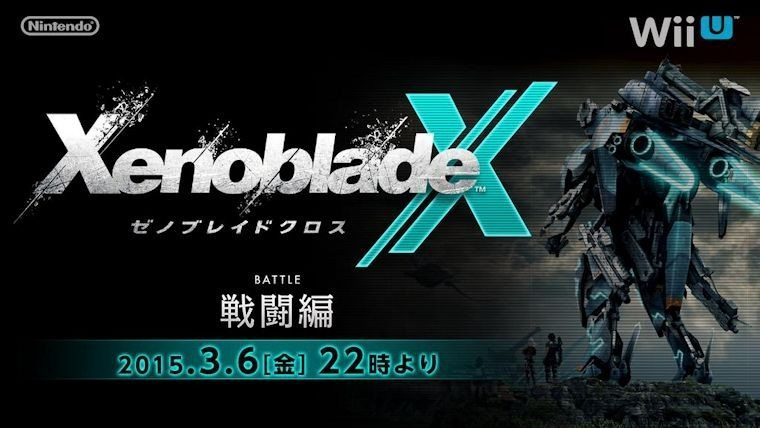 Xenoblade Chronicles X is just under two months away from release in Japan, though no release date date is set for the US as of yet. Just last month we got a special Xenoblade Chronicles X stream that revealed some new details about the world found in the game and it has now been revealed that Nintendo and Monolith Soft are holding yet another.

This coming Friday at 8:00 am EST, which happens to be exactly one month after the last, another special Xenoblade Chronicles X stream is being held online through both YouTube and NicoNico. Sadly, this one will be yet another Japanese only stream it appears, just like the one prior.

This new stream will focus on the battles found in the game, which is obviously going to be a major aspect of the game. We’ve seen some of the gameplay throughout the last year, but seeing an entire stream focused on it will go a long way to proving just how good this game will be.

While this Xenoblade Chronicles X stream is only available in Japanese, you can check out this special stream for yourself right here on YouTube. If any major news is revealed during this stream, you can make sure to check back with AOTF on Friday for any such details.