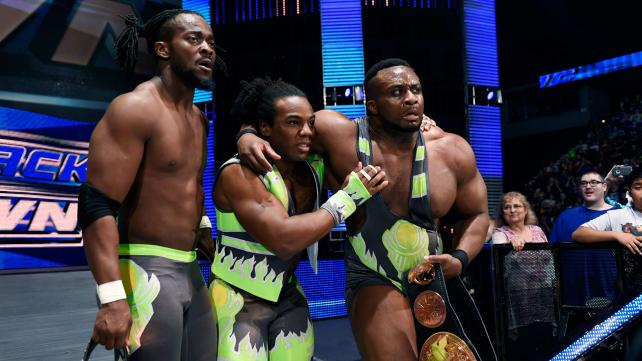 If you are a fan of gaming and wrestling, the Wizard World event in Portland is where you should be. WWE’s The New Day will be at the event and you may get a chance to play Tekken 7 with them.

Kofi Kingston, Big E and Xavier Woods will all be there, although it’s a competition as not everyone will get the opportunity to play against the trio at Tekken 7. It is still a competition worth entering if you are a fan of gaming and WWE.

The official website posted more details: “Want to beat up a WWE star? One (1) lucky winner & a guest will meet WWE Superstars The New Day (Xavier Woods, Kofi Kingston & Big E) and play them at Tekken 7! If that wasn’t enough, you’ll also get 3-Day admission to the show, a photo op with The New Day, free entry into any gaming tournament of your choice, and you’ll get to be interviewed LIVE on our Twitch stream!”

The New Day are no strangers to video games as Xavier Woods even has his own gaming YouTube channel called “UpUpDownDown”. The other two aren’t too shabby at playing video games either.

The Wizard World Portland event is happening on February 19th and runs until February 21st. There will be a lot more to see at the event outside of just video games and celebrities.