Zelda: Breath Of The Wild Gets New “Cooking With Link” Video 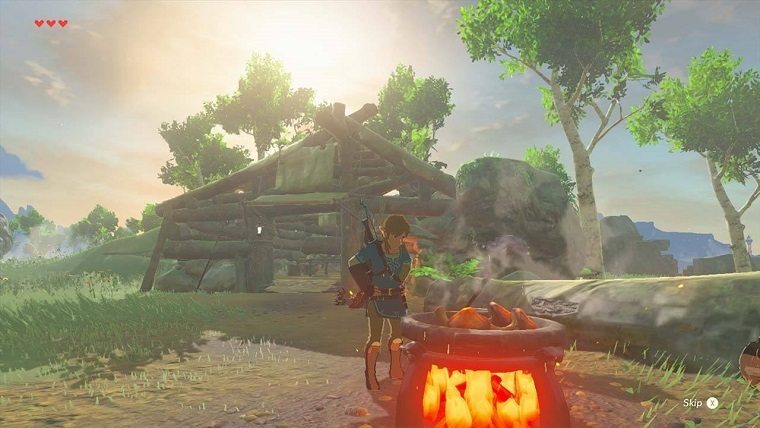 The Legend of Zelda: Breath of the Wild is set to be bringing a lot of changes to the Zelda formula when it launches next year, though one of the biggest ones is the fact that Link can now cook. He’ll be able to wander around the game’s vast world and find various things to cook that provide various status boosts, and now Nintendo has released a new video that focuses solely on that aspect of the game.

They call it “Cooking with Link,” and we get to see him make “Hearty Steamed Mushrooms, Spicy Sautéed Peppers and… Dubious Food?” You can check out the video yourself by clicking right here. While all of Link’s concoctions usually result in good eats, it is possible for a recipe to go wrong and result in a less than desirable outcome.

We most recently learned that there would be new Legend of Zelda-themed amiibo this December in celebration of the series’ 30th anniversary, featuring 8-Bit Link, Ocarina of Time Link and a two-pack including Link and Zelda from The Wind Waker. Those will be released on December 2nd.

The Legend of Zelda: Breath of the Wild will launch for NX and Wii U in the first half of next year.