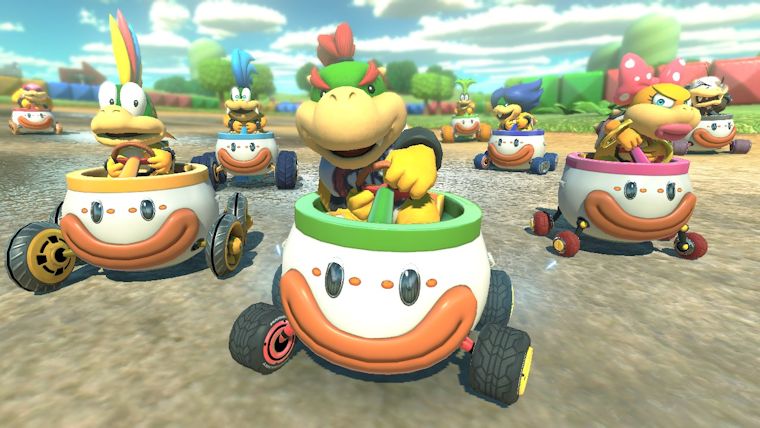 Mario Kart has long been one of Nintendo’s most successful franchise and even Mario Kart 8 was able to push some sales for the Wii U for awhile. For those that missed out on the Wii U though, Nintendo made the very wise decision to launch Mario Kart 8 Deluxe within two months of the release of the Nintendo Switch. While its sales have been quite impressive, they may be even bigger than we realize according to one analyst.

According to WCCFTech, Jefferies Equity analyst Atul Goyal released the following statements to investors about the recent release of Mario Kart 8 Deluxe and how its success may even be understated.

The fact that this game managed to break the launch day record with so many less consoles in the hands of consumers is really amazing.

The Nintendo Switch has barely been out two months and is still near impossible to find, which definitely limits the amount of consoles in the hands of consumers. However, Mario Kart 8 Deluxe has managed to start off so strongly and is bound to push Switch sales even further once there are more consoles readily in stock.