NES Classic Has Been Officially Discontinued In The US 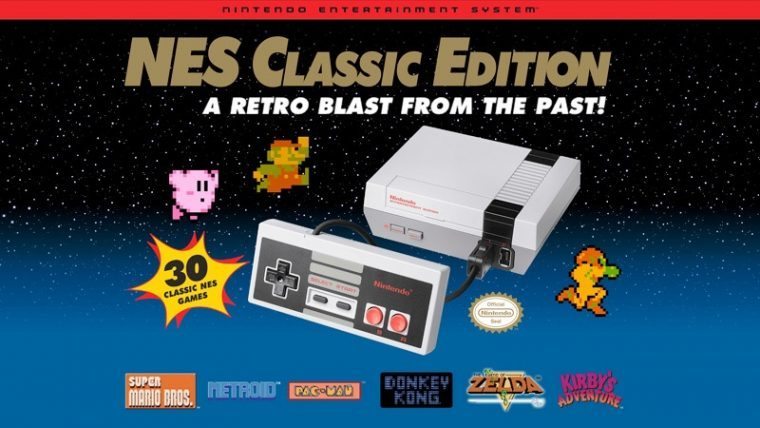 Prior to the launch of the Nintendo Switch in March that has been very hard to find, Nintendo previously launched the NES Classic Edition last November and became one of the hottest items for the holiday season. There have been rumors of the system being discontinued overseas over the last couple months, but now it has been confirmed from Nintendo that the NES Classic has now been discontinued in the US.

The news comes courtesy of IGN, who spoke with a Nintendo representative that said the following:

“Throughout April, NOA territories will receive the last shipments of Nintendo Entertainment System: NES Classic Edition systems for this year. We encourage anyone interested in obtaining this system to check with retail outlets regarding availability. We understand that it has been difficult for many consumers to find a system, and for that we apologize. We have paid close attention to consumer feedback, and we greatly appreciate the incredible level of consumer interest and support for this product.”

This is incredibly disappointing news as there has continued to be a huge demand for the NES Classic. Scalpers haven’t made this easy as they have been near impossible to acquire online due to bots that would snipe them instantly.

IGN also stated that another representative said “NES Classic Edition wasn’t intended to be an ongoing, long-term product. However, due to high demand, we did add extra shipments to our original plans.”

After the success of the NES Classic, people had speculated that we might see a follow-up NES Classic with more games or even an SNES Classic and so on. However, this happening has to make you wonder if the NES Classic was just a stopgap last holiday season as they were waiting on the Nintendo Switch and now they are moving on.

As the statement above says, definitely keep checking retailers this month as this will be your last chance to get one at retail unless Nintendo has a change of heart.

Home / Nintendo / NES Classic Has Been Officially Discontinued In The US