The latest news in the world of video games at Attack of the Fanboy
September 7th, 2016 by Anthony Decicco 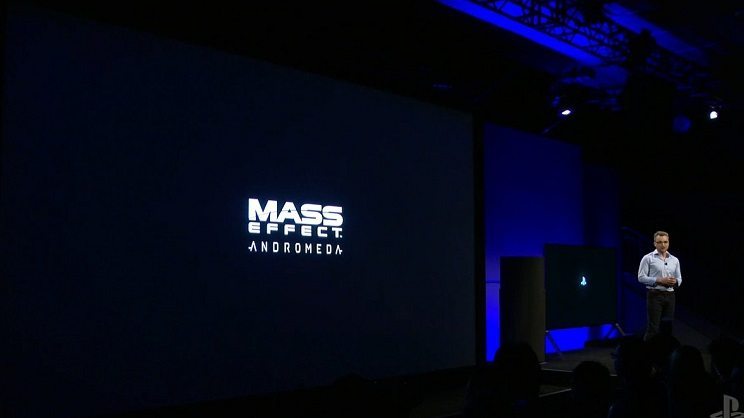 Mass Effect fans got a treat today with some new gameplay from the upcoming Mass Effect: Andromeda running on the just announced PS4 Pro.

The scene shows the titles protagonist, Ryder searching inside what appears to be a tomb or a cave of sorts filled with alien technology. The lighting is enhanced with the power of the PS4 Pro and the HDR display. EA is quoted as stating the following in regards to the PS4 Pro and the affect that it will have on Mass Effect: Andromeda.

“The power of 4K on PS4 Pro allows us to bring a whole new galaxy to life with crisper visuals, high dynamic range lighting, HDR10 support (Dolby Vision on PC), and some of the most lifelike characters we’ve ever created.”

Graphically the game looks jaw dropping and the visuals are superb. I think inorder to see the real dfiference though fans might need a side by side comparison. The video ends with a cutscene that really shows off the detail and enhancements of HDR and 4K visuals. Thankfully, HDR capability will be backwards compatible with current PlayStation 4 models.

Mass Effect: Andromeda is set to release early 2017 for PlayStation 4, Xbox One and PC.