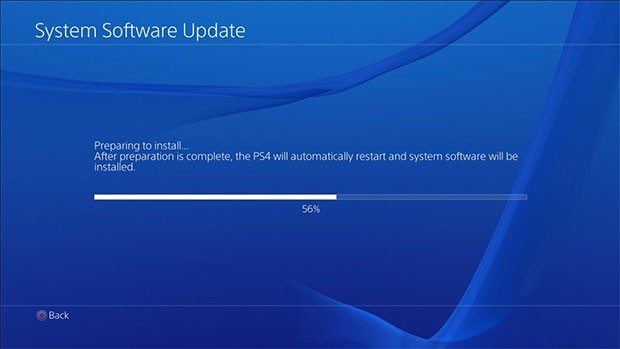 Sony has now released PS4 update 1.76 for the console that you can now download.

Sony has noted that PS4 update 1.76 is for stability purposes. To be exact, the firmware improves “System software stability during use of some features.” It is not going to add anything new, but it’s advisable to download it if you want to avoid any issues going forward in the future. PS4 consoles are usually stable, although you may never know one day it might cause problems for you. Stability updates allow you to make sure your console runs smoothly.

PS4 update 1.76 is 194 MB in size. It shouldn’t take too long for you to download and install it. Download it whenever you can, even though it doesn’t offer anything too interesting.

Many gamers are instead looking forward to the PS4 update 2.0. This is the firmware update that will add a ton of new features for the console. One of them being that dynamic themes will be coming. There is also the neat Share Play feature that allows you to play co-op games with a friend who doesn’t even need to own a copy of the game itself. There’s no release date yet for update 2.0, other than it’s coming this Fall.