The latest news in the world of video games at Attack of the Fanboy
April 25th, 2016 by Kyle Hanson 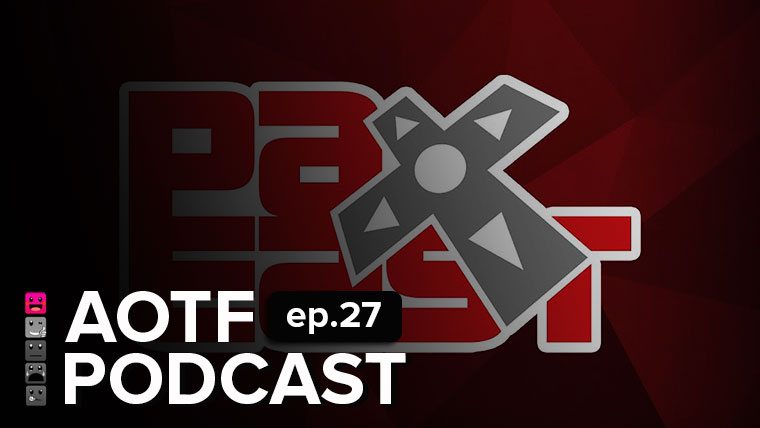 It’s PAX East 2016 time! After three insane days of video gaming goodness, I am officially exhausted. However, I’ve avoided passing out just long enough to report on almost everything that I saw at the show, with Will here to ask me all about it.

If PAX East 2016 could be summed up in just one item it would be Virtual Reality. Whether it was PlayStation VR, Oculus Rift, or HTC Vive, the VR stations were always busy. But people weren’t just playing VR games, they were talking about them. In lines, at restaurants, throughout the Expo Hall and into the hallways, VR was one everyone’s mind in one way or another.

The biggest surprise may be just how excited and happy everyone was with the technology, and the games being shown off for it. Whether it was an intricate gameplay experience, like RIGS, or a simpler tech demo sort of experience, everyone seemed to enjoy their time with whichever VR game they got a chance to try. Personally my favorites were RIGS and Fated, though not everyone will have an insane setup like Fated had on the show floor.

The other big story out of PAX East 2016 was the evolution and explosion of class-based shooters. These FPS/MOBA mashups all played well and had some very different ideas about where this new gaming space needed to go. Overwatch was the big star, with all its Blizzard goodness making people squeal with delight. The game still plays fantastically, and is full of amazing levels of charm and character.

Meanwhile it had some close competition with Lawbreakers and Battleborn. The former was being shown off for the first time, and it was an impressive showing. The Cliff Bleszinski helmed title feels more like an arena shooter than most FPS titles these days, hearkening back to the classics in a lot of ways. Still, it moved things into the modern era with some cool classes that really mix up the gameplay, even moreso than the interesting gravity stuff that was on display. Battleborn is a bit more on the MOBA side of the equation, and is still looking just as fun as it did when Will checked it out before.

But, of course, this is PAX East we’re talking about, so the indie games were there in full force. Some surprise hits were Death Stair, Dead by Daylight, and Push Me, Pull You. All very unique games that do what indies do best: take a single engaging idea and expand on it in interesting ways.

There was much more to see at the show, but for all of that you’ll have to check out our comprehensive coverage as it comes out this week.