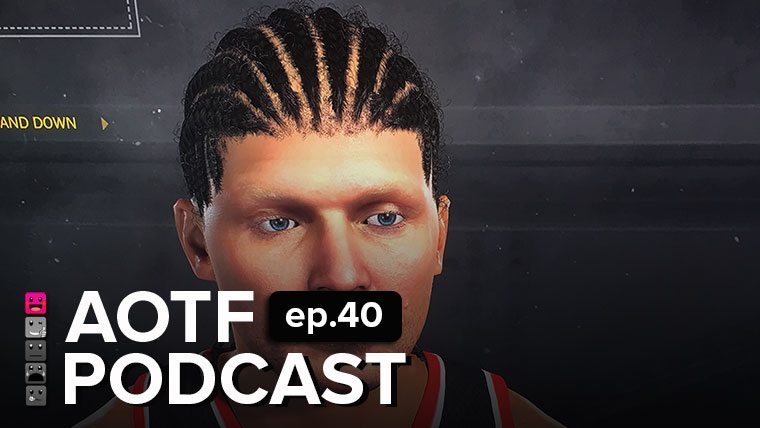 After a bit of a break over the Summer, brought on by the time-sink that is Pokemon Go, and the overall lack of all that much interesting in the world of video games, we’re back! AOTF Podcast #40 is here, though this is actually the second episode 40 that we’ve recorded. That will just have to be the lost episode though. For this week’s episode we have Will, myself, Anthony (returning after a multi-month absence), and newcomer Dean. Dean’s been writing on the site for a long time, but this is his first podcast, so be sure to welcome him in the comments.

As far as what we have to talk about, well the PS4 isn’t doing so well. In fact, this has been one of the worst weeks in a long time for Sony and their console. The PS4 Slim and Pro were announced to mild acclaim. After the somewhat dull and disappointing presentation the floodgates opened and the bad news flowed.

Sure, the 4K and HDR visuals were reportedly impressive, but the games would have their multiplayer framerate locked, gamers without a brand new TV would miss out on a lot of stuff, and the console lacked a 4K Ultra HD Bluray player. This last one is especially confusing since Sony was one of the companies behind Bluray when it first began. Overall the feeling was that the PS4 Pro just wasn’t a big upgrade for most players and might not be worth the admittedly low $399 price tag. Also, the Xbox One took top honors for last month’s NPD sales figures. Oh, and Fallout 4 and Skyrim won’t get mods on PS4 (though that topic was lost in the sea of bad Sony news).

Outside of Sony’s not so great week, there was some sad news for gamers. The Last Guardian, Final Fantasy XV, and South Park: The Fractured But Whole all saw delays. This could be good in the end, with the games fixing up some flaws that might have lingered through their long development. It still hurts having to wait longer though.

Finally we chatted about what we played over the last week or so. ReCore disappointed, while Bioshock: The Collection and Dragon Quest 7 both impressed. Here about all of this on the AOTF Podcast #40.