Is Forspoken a magical malady, a magnificent monument, or both? 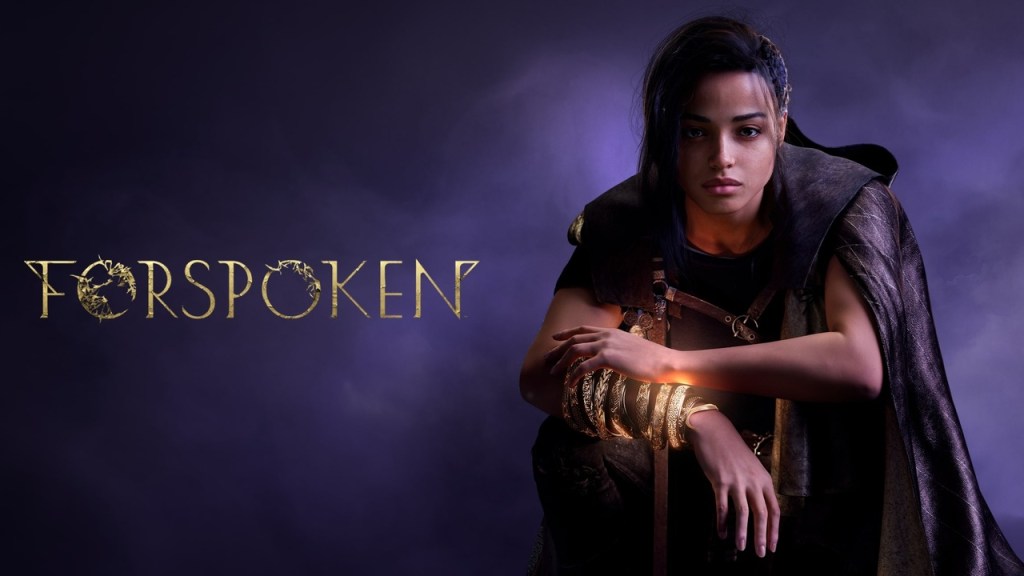 What do you get when you mix key developers who made Final Fantasy XV and western TV show writers? You get a video game called Forspoken. From a brand new off-shoot studio of Square Enix called Luminous Productions, Forspoken is a third-person action/adventure that on the surface presents dazzling magic and a fantastical world but deeper within presents personal stakes, motives, and decisions. If you’re familiar with anime, it’s an isekai, and if you’re not, it’s like Alice in Wonderland, which is referenced in the game.

While Forspoken is undoubtedly ambitious, it is a mixed bag in more ways than one. There are aspects of the game that are always solid like the world and character design and the music, but the gameplay and the story, while not without excellent moments, lack substance and staying power. Like putting bacon, eggs, and cheese on sushi, Forspoken attempts to marry Western storytelling with Eastern gameplay idiosyncrasies which, while certainly bold, may need a few more revisions before it’s ready to serve.

Welcome to Athia – The Setting, Character Design, and Music

Forspoken starts off by introducing Frey, a troubled foster child living in New York City with no friends or family around besides her cat, Homer. On the night Frey decides to leave New York and her speckled past behind, she stumbles upon a golden talking bracelet, nicknamed Cuff by Frey, that transports her to another world called Athia. Together, Frey and Cuff must work together to find the source of the Break, a corruption destroying the land and its inhabitants, and defeat the corrupted Tantas, a group of women who once worked together to bring peace and prosperity to Athia.

Though Frey’s entrance to Athia is jarring for her, the world design of Athia presents a warm welcome for the player. While a bit on the nose at times when it comes to the medieval fantasy setting, the overall grandeur of the landscapes and the striking architecture found in the cities invite the player into this world drenched with history.

The setting of Athia is wondrous if a little unvaried. While the open world could be considered empty, it is better described as monotonous since the world itself is full of beautiful vistas, rivers, and towns but the list of things to do — activities and creatures to fight — is quite short and repetitive. Exploring the open world can begin to taste the same in an exploration sense, think Final Fantasy XV if you played it, but the landscapes do offer visual variety.

Hand-in-hand with the believability of the world is Forspoken’s character designs. The genuine emotions found in the well-crafted characters and the true-to-culture clothing that Frey, the citizens, and the Tantas dawn are impressive. The way Frey’s cloak flutters in the wind and the people of Athia’s peculiar accessories accentuate their culture are definite highlights. The detail found in the character designs works in harmony with the intricate overworld for immersive and unexpected world-building.

And there to tie the world and its people together with a bow is the music. The music in Forspoken was bound for greatness because it has two of the best video game composers working on it: Bear McCreary, most known for the score in God of War: Ragnarok, and Garry Schyman, most known for the score in the Bioshock series. Because of McCreary and Schyman’s genius, the larger-than-life cutscenes, fights, and moments of exploration in Forspoken are brought to life with stirring orchestral pieces and empowering melodies.

While the eventual payoffs in the story are powerful, the pacing is tortoise-level slow at times. As important and great as the setting, character design, and music are in video games and in Forspoken, what makes or breaks games is the story and the gameplay. We’ll get to the gameplay, but first, the story and storytelling.

The main pacing issue that Forspoken struggles with is not knowing when to use a cutscene and when to use gameplay. There are tediously boring moments of the game that don’t work as fun gameplay but would work as exposition in a cutscene. For example, there is a moment early in the game when Frey is locked in a cell. Directly after a cutscene, the game forces the player to press a button to examine the window too small to fit through and then press a button to examine the locked door. Once that is done, another cutscene begins. These mind-numbing gameplay moments could be replaced with succinct cutscenes for a more engaging playthrough.

On the flip side, there are multiple gameplay moments that are interrupted by unnecessary seconds-long cutscenes that could easily be folded into the gameplay itself. An example of this is any time you’ve cleared out the first wave of enemies in a challenge, there will be a cutscene that disrupts your combat flow and player engagement just to let you know more enemies are incoming. While there are several other examples like these of poor pacing in Forspoken, ultimately, the flow of the game gets derailed every time an unnecessary cutscene or gameplay moment occurs. Because of these pacing issues, Forspoken feels dated compared to the growing standard found in other games that weave narrative and gameplay into one seamless experience.

Aside from the pacing holding it back, the story of Forspoken is adequate but not without its problems. One of the main issues is it takes around three hours until you are set free in the open world to experience the actual gameplay Forspoken has to offer. Another concern is although the core story told in Forspoken isn’t that long, overall, it feels formulaic until the last few hours. While I respect a game with surprises and payoffs, getting there in Forspoken is a slog that doesn’t feel earned. That said, the story toward the final moments of the game is interesting and not too predictable. Though the story told isn’t revolutionary or groundbreaking by any means, it is satisfying and enjoyable to experience.

Lastly, the side quests, or Detours, in the main city are mostly uninteresting time sinks. Almost always, the Detours don’t add anything meaningful to the story and end up feeling like cruft. If you love the world and want to know more about individual characters in the city, then definitely check out some Detours. However, especially because of the cutscene problem, Detours usually take well over 15 minutes to complete which means you either need to be very invested in the side character stories or in desperate need of a break from the combat. Some examples of Detours are following an NPC around the city and feeding four sheep individually, dancing with citizens with too generous of quick-time events, and chasing very slow cats around the city (it sounds fun but trust me, it’s not. The cats are cute, though.). Detours in Forspoken are really just that, distractions from the rest of the game.

All Flash, No Substance – The Gameplay

The gameplay of Forspoken mirrors the quality of the story in that it can be dull at first but it finishes strong. The most fun I had with the combat in Forspoken was at the end when multiple magic trees were available to me and I had to switch between them to determine what type my enemy was vulnerable to and how best to take them down. In those moments, the gameplay of Forspoken really shines as you rapidly deploy your support spells, switch to another branch of magic, and unleash your ultimate spell all while parkouring over enemy heads. However, it is a bummer that the combat reaches peak fun at the end of the game since there are no strong incentives to retread old areas and discover new locales post-story since collecting cloaks, necklaces, and nails that make you stronger doesn’t have too many end goal purposes besides collecting for the sake of collecting and earning every trophy.

Though the combat really gets going at the end of the game, the spells are always visually breathtaking. Purple and silver streaks of light zip around the screen as you bound across Athia and roaring red flames explode and envelop your enemies in fights. As you might have already guessed, the photo mode in Forspoken is particularly choice.

While always dazzling, fun in bursts, and spectacular in the end, the core gameplay hook of combat in Forspoken has many negative side effects. As flashy as the combat is, the enemies can feel spongy, especially at the beginning of the game, the visual splendor of battle can easily turn into chaos making it hard to track your enemies and their incoming attacks, and the fights overall can sometimes boil down to button mashing instead of strategic outmaneuvering. The presence of these issues can vary depending on your difficulty setting and accessibility options, but what can’t be fixed is how repetitive the combat begins to feel. Since there is no substantial platforming or puzzles to offer breaks from the action, the only available form of fun gameplay is combat which can quickly begin to wear out its welcome.

Forspoken fails to impress in several ways. Almost every good aspect of the game has a negative flip side. The good stuff, the character design, setting, and music, are fantastic but not as crucial as good gameplay, pacing, and narrative. While the combat and story have their great moments, they also have a few unavoidable issues not to mention saving the best for last which is when it matters least. And the bad stuff, the pacing, constantly halts the player from having fun.

Though Forspoken isn’t a bad game, the problems it does have hold it back from being great. Hopefully, a sequel comes out and improves upon the overall experience since what is developed in Forspoken does hold promise. All in all, Forspoken is just okay. But, if you enjoyed the demo, feel free to have a good time with it.