A remake of a classic game finally comes to Switch. 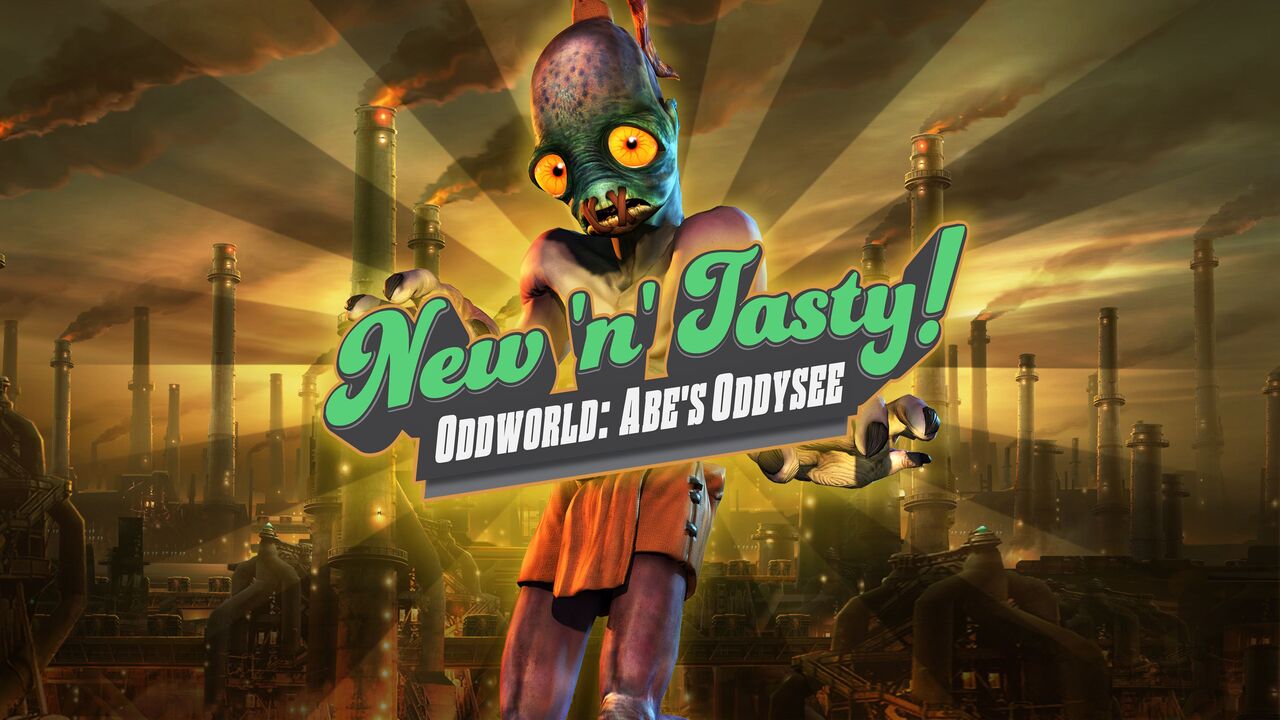 In this era of gaming, reboots, remakes, and remasters are commonplace. There are very few major titles that haven’t been remastered, rereleased, or remade, and those that have yet to receive a modern coat of paint continue to be the center of rumors regarding potential reimaginings. However, Oddworld: New ‘n’ Tasty beat most games to the punch, originally arriving in early 2014 on the PlayStation 4 and kicking off a generation of remakes that would see Final Fantasy VII, Resident Evil 2, and many more receive substantial facelifts. Now, the game is out on Nintendo Switch after making the rounds to every other platform under the sun, but the past few years have considerably raised the bar for what a good video game remake can be. New ‘n’ Tasty still fares well, but the word “remake” has come to mean so much more over the course of this generation.

Oddworld: New ‘n’ Tasty is a full remake of the 1997 PlayStation classic Oddworld: Abe’s Oddysee. It’s a puzzle platformer in which the titular Abe must escort as many of his fellow Mudokons to safety as he can after he discovers that the meat processing plant they work in is about to put them on the menu. It sounds bleak, but Oddworld has a charming personality and somehow makes these circumstances seem somewhat silly. The animations and character designs are quirky and cartoony, and it’s hard not to love the Mudokons when you hear them talking to one another. Oddworld has a unique identity that’s unlike anything else out there. 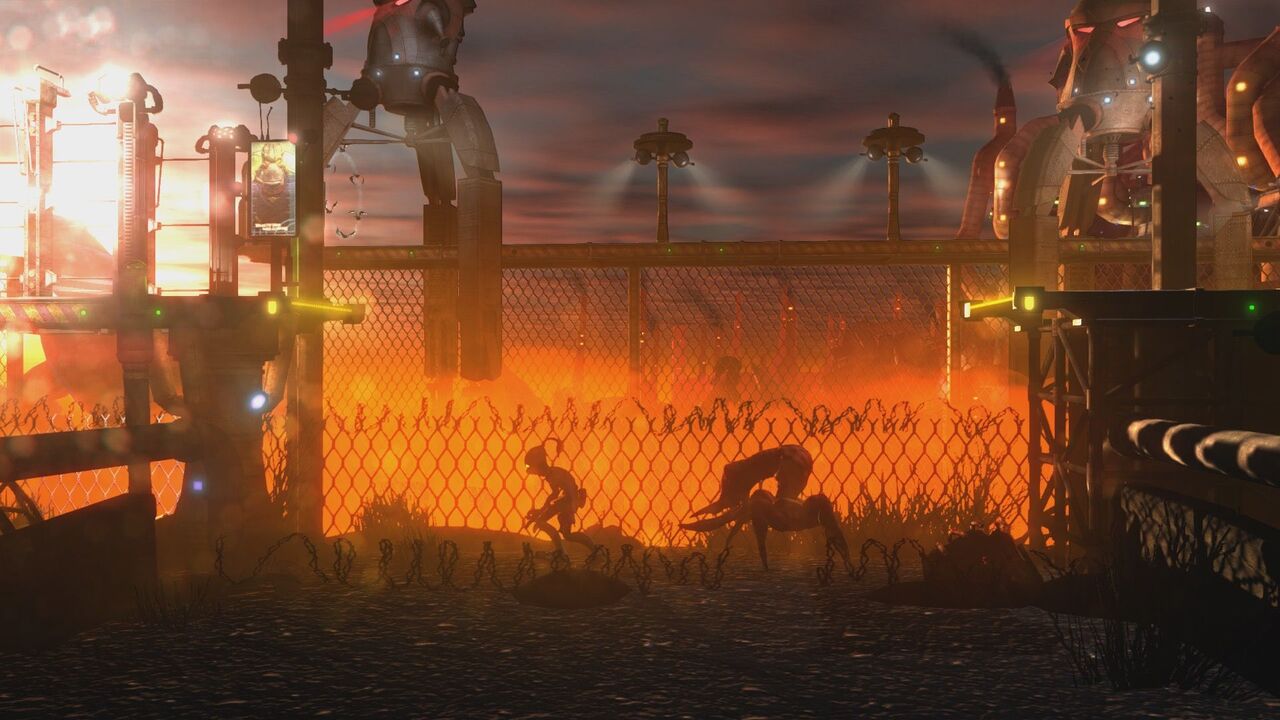 New ‘n’ Tasty is mostly a graphical remake, keeping the same framework of the original release and slapping a shiny new coat of paint on top. The original game looked great on the PlayStation, and New ‘n’ Tasty does a great job of modernizing that look while still maintaining the original style. For a game centered around an industrial meat processing plant, New N Tasty has a broad variety of locales each with its own look and feel. The different locations help keep things fresh.

I don’t think Abe’s Odyssey needed a complete reimagining ala the recent Resident Evil remakes, but New ‘n’ Tasty could have done a bit more to modernize the controls and mechanics of the 1997 original. Abe is deliberately clumsy and weighty and New N Tasty does a lot to make the controls feel more responsive than in the original, but things are still just a tad too imprecise. Some levels can be pretty tough (namely the optional challenges the game offers), and they’re only made harder when you can’t quite get Abe to do what you want him to do. Jumping is the real issue, as there’s a considerable delay between pressing the jump button and Abe actually jumping. Overall, it’s not a huge issue, especially given that the finicky controls are an intended part of the experience, but they can still cause some frustration. 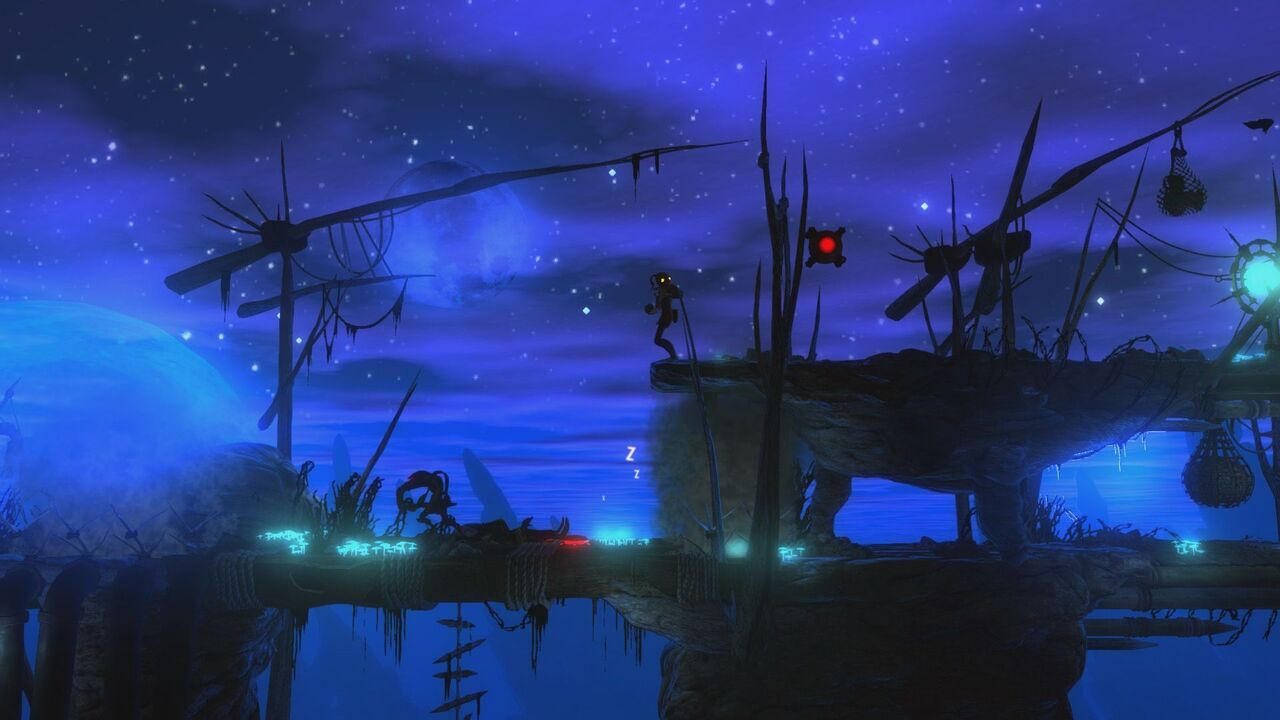 Despite its somewhat aged gameplay, New ‘n’ Tasty’s charm and personality are just as effective today as they were when the game first released. Abe is an incredibly likable protagonist. His big eyes and stitched mouth give him a distinct look, and he’s the ultimate underdog in this scenario, a simple worker who must now become the savior of his people. It’s also hard not to care for the Mudokons you come across. There’s a set number of them throughout the entire game, and you really feel it when one of them dies. When they’re gone, they’re gone, and that’s on you. All you can do is try and save as many as you can, and because there’s only a finite number of them, their quest for survival seems much more dire.

Oddworld’s mechanics aren’t just great from a gameplay perspective, but also from a narrative one. You don’t have to save every Mudokon. You can take the easy way out and not go out of your way to rescue the difficult ones. It’s up to you to empathize with Abe’s people and help them, and if you choose not to, the guilt is on you. Every aspect of New ‘n’ Tasty, from the imposing industrial backgrounds of RuptureFarms to the expendability of the Mudokons, comes together to reinforce the game’s central anti-corporate message. It’s one of the rare games that blends story and gameplay together to the benefit of both. Oddworld has a strong stance on corporations and the treatment of workers, and it explores these ideas brilliantly through game mechanics. 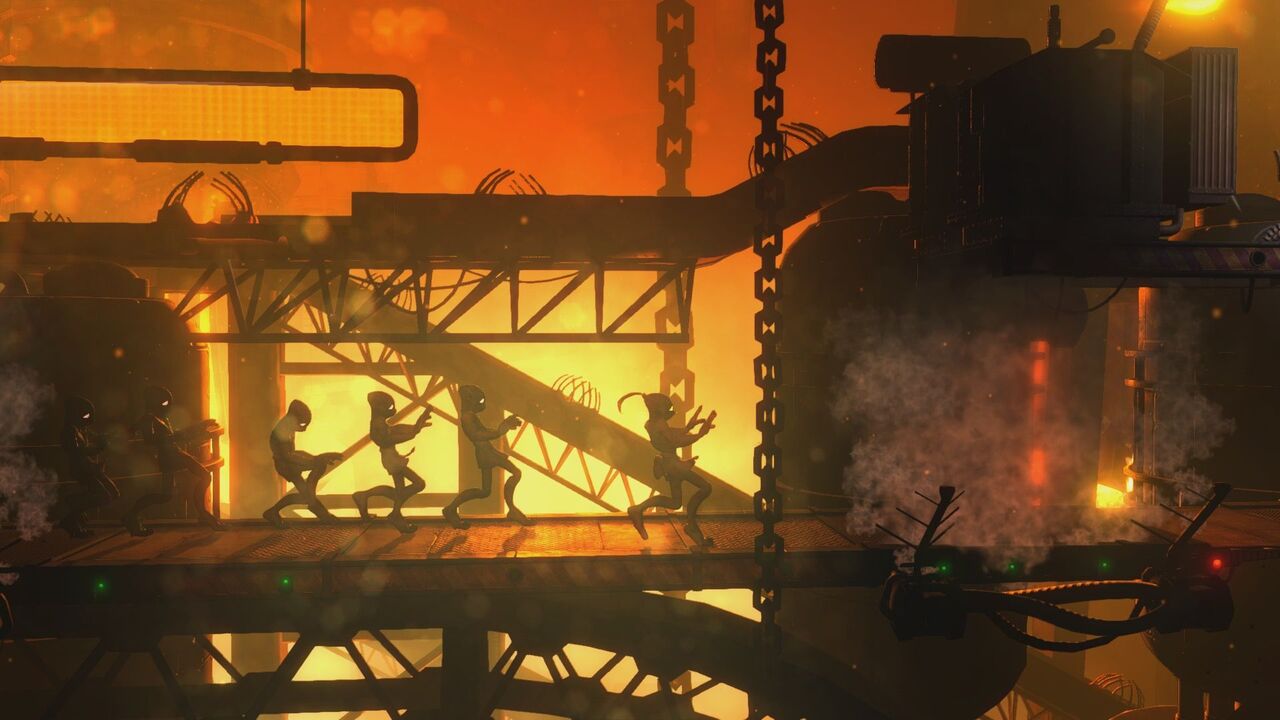 On a technical note, the game looks and runs great on the Switch. 2020 has been another fantastic year for Switch ports, fortunately so considering Nintendo’s slower first-party output than normal, and Oddworld joins the likes of the Bioshock and Borderlands collections as a wonderful port. The game looks sharp whether you play in handheld mode or on a TV, and performance is solid all around. New ‘n’ Tasty never got enhancements or upgrades for PS4 Pro or Xbox One X, so the Switch is technically just as good a place to play Oddworld as any other console. You won’t be missing out on any graphical features or enhancements, and you’ll have the added benefit of portability.

Overall, Oddworld: New ‘n’ Tasty is a great remake of a classic platformer that feels right at home on Nintendo Switch. Oddworld is perfect for either handheld or docked mode depending on your mood, letting you rescue a few Mudokons on the go or sit down and enjoy the pretty visuals on your TV. You can definitely tell it’s an older game due to its controls and difficulty, but the graphical facelift makes it feel much more modern. Plus, it’s a game that actually has something to say, and while many games that have come after it have tackled similar topics, Oddworld’s themes remain just as relevant today.