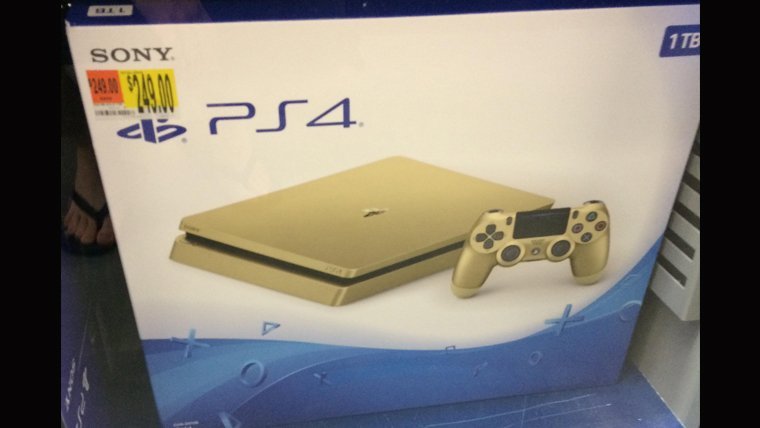 The rumor of a Gold model PS4 has been gaining traction over the last few days, since a supposed picture of the package appeared online. And while we remained skeptical at first, enough additional signs have surfaced recently to start giving this story more attention.

New pictures of the box containing one of these new models have been posted on Reddit, by a user who claims to work at Target. The model, a PS4 Slim with 1TB of memory, would be sold from June 9 for $249, which is the same price as the regular black model. The release of this new version would take place days before Sony’s E3 conference on June 12.

And the signs of a Gold PS4 have not been limited to the United States, since now French retailer Micromania has listed the console to be released on June 15 for €349.

If you like the console in this color but you already own a PS4, remember that you can buy Gold models of the Dual Shock 4 controller separately from the console.

Assuming that the new PS4 model is coming in a little more than a week, it is expected that Sony makes some kind of official announcement very soon confirming all the details. Make sure to check out our site regularly to be informed of any new development.