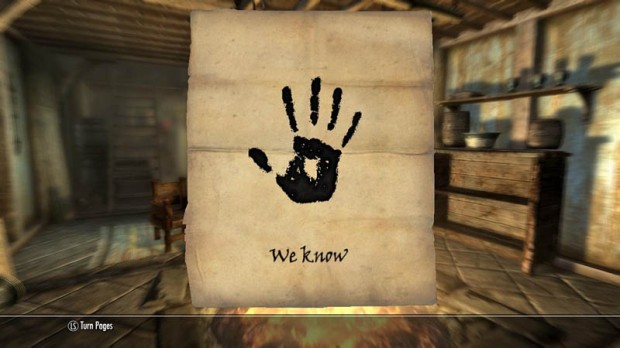 A new round of screenshots for The Elder Scrolls V: Skyrim has turned up this morning, and while the latest batch might be an odd bunch, at least it’s something.  With so much of the finer details already having been revealed from the game’s achievement list, character customizations, race perks, and skill sets.  We’ll be lucky to get anything as we get closer to that 11.11.11 release date for game.

Though Todd Howard did recently describe how the game’s radiant story, found chickens turning into informants in a funny bug the developers recently found.

Players on the PlayStation 3, Xbox 360, and PC will all get their go in the world of Skyrim this November.