The latest news in the world of video games at Attack of the Fanboy
December 14th, 2010 by William Schwartz 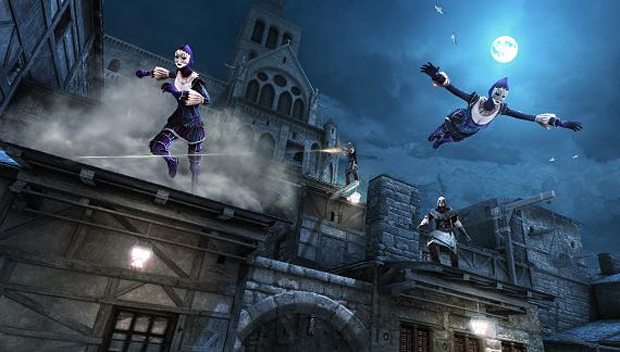 Ok, so it sounds good right?  Now you want to know how much it is.  Well before you go, sharpening your pitchforks and dousing your torches, it’s FREE.  So, take the gift and get out there and kill someone.  Xbox Live users you can download this update here.

And it was also announced today that even more free stuff will be coming from Ubisoft in the new year.  Animus Update 2.0 will be available in January will include another map and another game mode.  You have to think about what kind of angle is Ubisoft shooting for here?

I mean come on do you really expect us to believe that this is truly free, and you are doing out of the goodness of your heart?  Brotherhood is that kind of good though, so gamers certainly appreciate it,  right up until the point we’re fiending for new maps like a crack head in an alley scrounging nickels for our next fix.