Battlefield 3 Back to Karkand Maps Revealed in Full 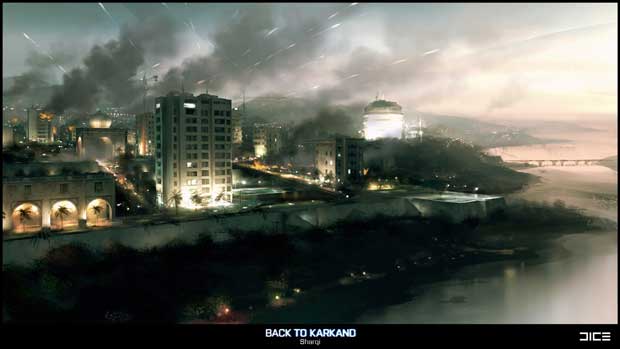 Battlefield 3 will be getting a four map pack of content at launch that will offer Battlefield 3 players the ability to play on four classic maps from the franchise.  DICE has revealed two of the four maps so far, and today released new concept shots for the reimagined content.

The four maps which have been found across the multiple Battlefield games over the years are:  Gulf of Oman, Sharqi Peninsula, Wake Island, and Strike at Karkand.

To get access to the content on day one, you’ll need to pre-order a copy of the Limited Edition of the game.  The maps which are being rebuilt from the ground up, with the Frostbite 2 engine tech, are said to be spearheaded by the same group of developers at DICE that brought us the Vietnam Expansion for Bad Company 2.  So you know it’s gonna be good.