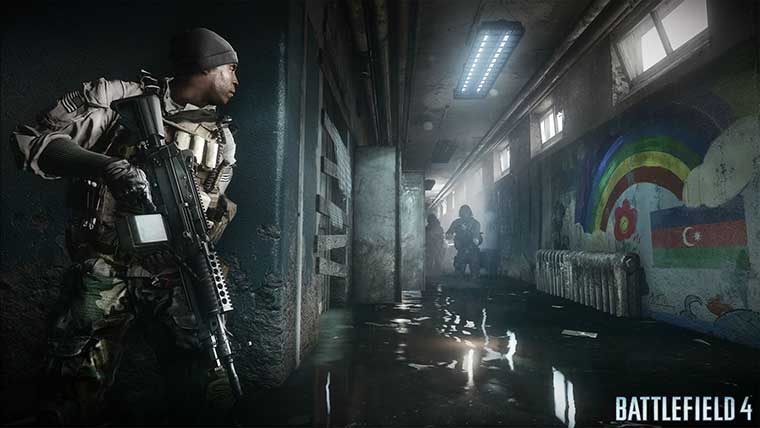 As promised, EA and DICE have begun to reveal new screenshots for Battlefield 4. Highlighting the characters that we saw in the 17-minute Fishing in Baku trailer, these screenshots can be found in their high resolution versions here & here.

Official Battlefield 4 details have been on drip feed since the March reveal, but the BF4 rumor mill has been quite active as of late. Heading into E3 season, many fans are expecting DICE to reveal multiplayer prior to the year’s biggest gaming convention. Rumors suggest that a Battlefield 4 multiplayer trailer is in the works, and set to release sometime ahead of the show.

The return of Commander Mode has also been a hot topic among Battlefield fans. The mode which allows one player to take command of the online battlefield, similar to previous iterations of the Battlefield franchise, is rumored to be returning in Battlefield 4. Though DICE has yet to officially comment on this feature. EA is also trying to keep Battlefield 4’s release date under wraps, despite numerous retailers listing the game for a late-October release.

Stay on the lookout for more screenshots, as DICE has a few more on the way. As for official details and confirmations, maybe we’ll hear more about their plans after the Next Xbox is announced.