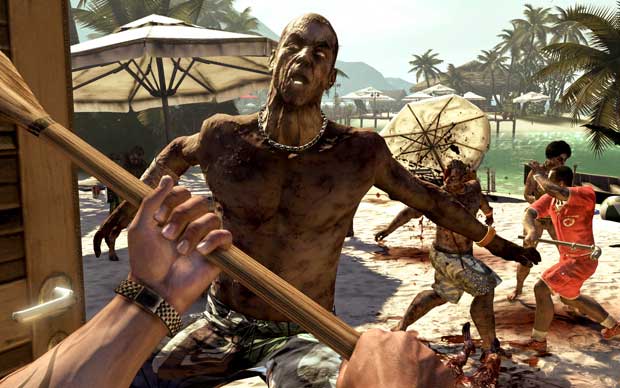 Techland’s upcoming sandbox, zombie apocalypse survival game Dead Island quickly emerged at E3 as one of the most prominent releases of the next few months. Today, publisher Deep Silver has released a bio of one of the game’s main male characters named Logan as well as some screenshots displaying him pitted against the undead of Papua, New Guinea. Dead Island is set to release this September and though it’ll have to compete with some stiff competition during that particular month (Gears 3, Resistance 3, Rage, to name a few), what we’ve seen seen of the game so far looks fantastic. All signs are currently pointing to Dead Island being one of the surprise hits of the Fall.

A former football star, spoiled by life and successful in every possible way, Logan’s ego finally put an end to his bright future. Taking part in a reckless street race with tragic consequences, Logan not only killed a young woman – his unfortunate passenger; he also fractured his knee, putting an end to his sports career.  His fall from stardom inevitably followed and he plunged swiftly into a life of bitterness and despair. In an attempt to get away from the demons hunting him, he gladly takes the chance to experience the beauties and wonders of Banoi. Soon enough though the getaway he was dreaming about turns into a real life nightmare…