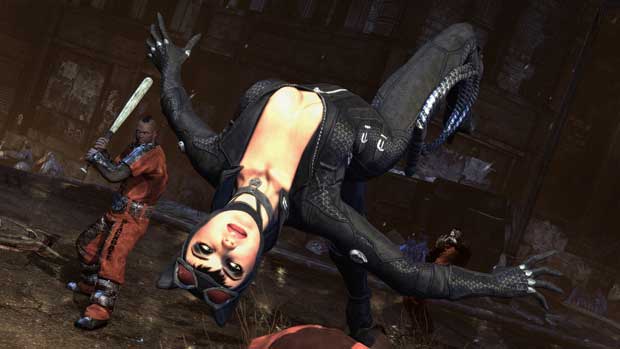 Yesterday it was announced that Batman: Arkham City will get at least one more playable character in its campaign.  Catwoman, who has long been known to be a part of the game, will be a playable character complete with her own set of unique abilities.  Today, screenshots of the feline in combat have been released to give you a closer look at the acrobatic antics of the famed character.

Batman: Arkham City is the follow up to the critically acclaimed Arkham Asylum and will be released this October on the PS3, PC, and Xbox 360.  Arkham City is set to have a big showing at this year’s E3 event in Los Angeles.