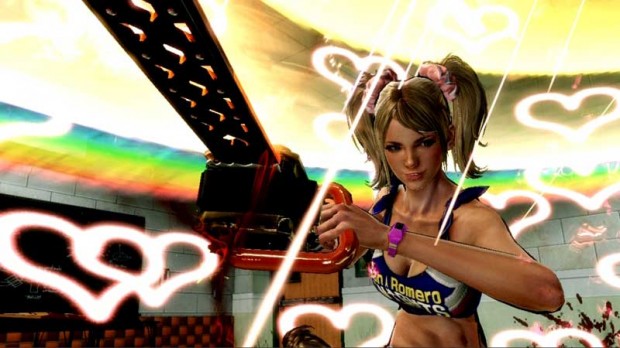 Grasshopper Manufacture took some time earlier to release some mind bending screenshots and video for their upcoming title, Lollipop Chainsaw.  Announced just a few weeks ago, this next “Suda Joint”  is probably one of the weirdest concepts the developer has come up with in quite some time, considering its extreme deviation away from the norm.

Suda is no stranger to that.  Shadows of the Damned was one of the weirdest games I’ve ever played.  Unlike my co-pilot on this site, I enjoyed the game immensely, specifically for that reason alone.

The game focuses on Juliet Starling, a cheerleader that will fight off the zombie infestation of her highschool with chainsaw.  Go figure, sounds awesome.