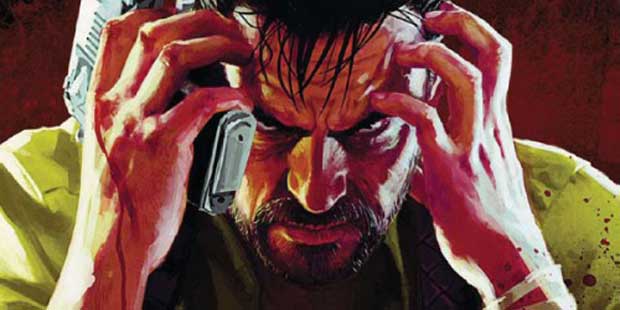 The latest issue of Edge Magazine gives us our first morsels of information about Max Payne 3.  This highly anticipated sequel from Rockstar Games has been quite quiet recently, but it looks like Payne is returning despite numerous delays.  Max Payne 3 will be developed by Rockstar’s Vancouver Studios and the developers were kind enough to drop a couple of screens for the game in a tweet, aside from the in-depth coverage at Edge.

Max Payne 3 takes place eight years after the events of Max Payne 2, where Max has left the world of the NYPD behind him and is now working as a security contractor in Sau Paulo.  The preview determines that the plot of Max Payne 3 will keep in line with the first two game, and you should expect to see familiar faces returning to the game.  It’s been a while since we’ve seen or heard from Max, so the developers will be bridging the story gap in the early goings of the game.  What made Max leave New York and the events leading up to him leaving, among others will be covered in the early gameplay.  The game will be abandoning the comic book frames style of story telling that the early games used.  These will be replaced by animated sequences all rendered by the in-game engine.

The gameplay has also undergone some changes.  Max Payne 3 will feature a cover system.  Sounding very similar to today’s third person cover shooters, it is described as a left trigger to hug walls and objects while the right trigger will have you popping off shots and peeping around cover.  Fans of Red Dead Redemption will feel at home in Max Payne 3, as a wheel based selection system will be used to navigate your arsenal in game.  Dual weilding will also be coming to Max Payne 3, two dissimilar single handed weapons can be used during combat.    One of the more interesting tidbits of gameplay is that there won’t be an automatic health regeneration feature in the game.  You’ll be scrounging for feel-good pills as you make your way through the game to make the pain go away.  The gameplay is said to remain mostly linear.

The game that made bullet-time famous will be featuring the sequences again, now triggered automatically at specific instances and key moments during missions.  Expect more from Rockstar in the near future after all of the L.A. Noire hoopla and GTA madness subsides.  It could be a big year for Rockstar with the likes of the LA Crime drama, a possible GTA announcement, and now Max Payne 3 becoming more and more a reality.

Max Payne is rumored to be released sometime in 2012.