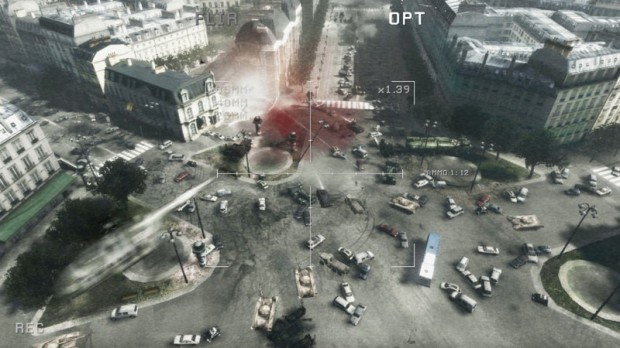 New screenshots for Modern Warfare 3 have revealed AC-130 gameplay for the upcoming shooter.  Snagged from the campaign mission called “Iron Lady”, they show off some similar viewpoints of the AC-130 Gunship that has been prevalent in the Modern Warfare franchise.

Modern Warfare 3 is a little under a month away from it’s full release, but don’t expect a demo for the shooter.  I suppose you’ll need to make do with the latest Redemption Trailer, that was recently released for the game.

As for the demo, Sledgehammer GM Glen Schofield recently explained why Modern Warfare 3 won’t have one.