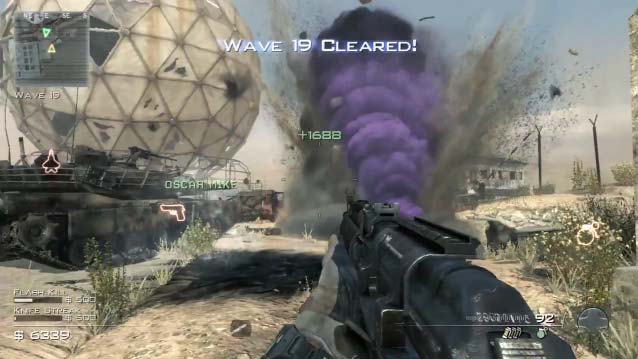 Hot on the heels of the Modern Warfare 3 Spec Ops Survival reveal these screenshots were sent over that have been grabbed from the video.  The Spec Ops survival mode in Modern Warfare 3 is a completely new gameplay mode that will allow you to tackle wave after wave of increasingly difficult enemies.  As you progress through the new mode, you’ll be unlocking new weapons to fortify your position against the ever increasing threat.

You’ll be battling enemies of all sorts in the new Spec Ops mode, starting with grunts and working your way up to enemy air support and juggernauts.  If you missed the recently released video, you can find that here.  You can catch our hands on impression of the new  mode that was revealed at E3 here.

If you liked the Spec Ops modes from Call of Duty: Modern Warfare 2, you’re in for a treat this November when Modern Warfare 3 releases worldwide on Xbox 360, PS3, and PC.