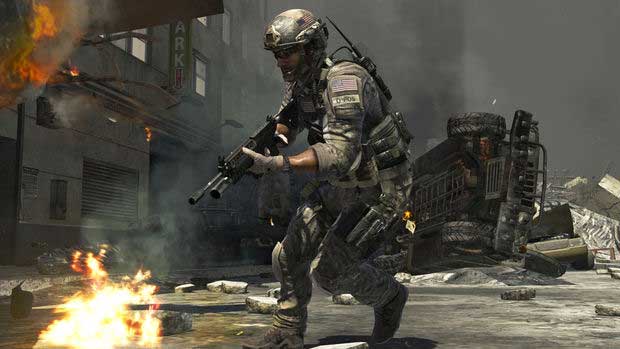 The Modern Warfare 3 information embargo has lifted, and with it, the first high resolution screenshots from the upcoming shooter.  Modern Warfare 3, which begins shortly after the closing events of Modern Warfare 2, will see the world engaged in conflic acoss the globe.  In traditional fashion, the single player experience will boil down to a series of missions that take you galavanting across the globe to quite a few interesting locations.  However, from the looks of it, Call of Duty: Modern Warfare 3 is going to be focusing heavily on urban warfare in cities like New York, London, and Berlin.

As you can tell from the trailer, which we also added below, the game is going to be as action packed as ever.  Have a look at the screenshots and official trailer below, this November 8th, Modern Warfare 3 will return on PS3, PC, and Xbox 360.