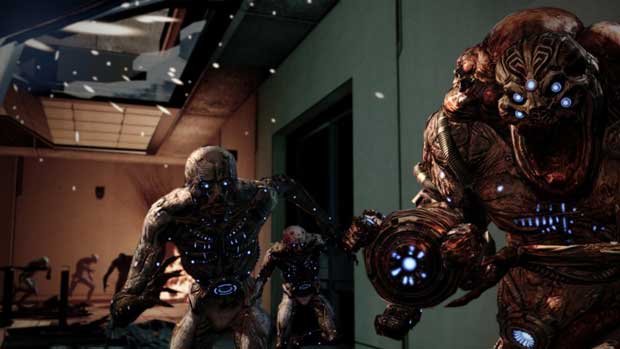 The new enemies that Commander Shepard will face in Mass Effect 3 have been revealed in the latest batch of Mass Effect 3 Screenshots.  We’ve already discovered that Mass Effect 3 will once again take Shepard on quest across the galaxy, to a Salarian Homeworld, A Geth Infested Quarian Land, a mining operation on Mars, and Earth as well.  If you didn’t think the enemies could get much uglier than the Geth, have a look at their new friends.

While the Earth is burning from the Reaper invasion,  these terrifying machines have begun their destruction of the human race.  As Commander Shepard, an Alliance Marine, your only hope for saving mankind is to rally the civilizations of the galaxy and launch one final mission to take back the Earth.

Mass Effect 3 is scheduled for release this Fall on Xbox 360, PC, and PS3.