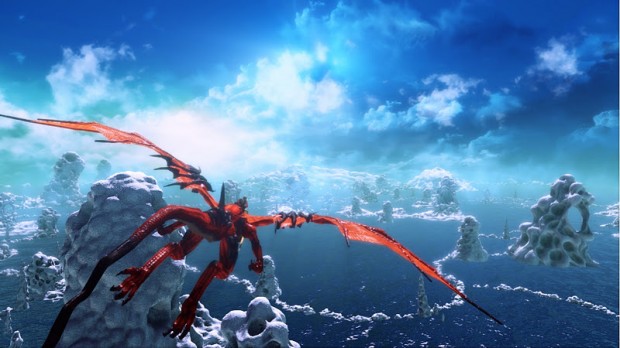 Things have been relatively quiet for “Project Draco”, a tenatively titled game that was shown off at TGS ’11.  Project Draco is a 3D Action game that has you manning a dragon to do battle with the wizardry that is the Xbox 360’s Kinect.  While it sounds like an interesting concept, especially for fans of the old Panzer Dragoon series, it was announced today that the game will be powered by the Unreal 3 Engine.

“Because this is Grounding’s first high-definition game, we looked at many technology options and picked Unreal Engine 3 as the best solution,” said Yukio Futatsugi, director at Grounding. “We began development in September 2010 when Microsoft first announced the title. While our team size is only 15 people and we had merely one year from the start of the project, the productive tools and efficient processes of Unreal Engine 3 meant we could come up with a high-quality playable demo in a very short time.”

Project Draco is still unconfirmed but believed to be headed to the Xbox 360 in 2012.