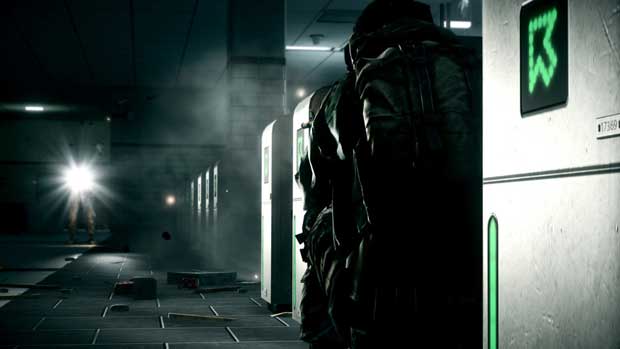 DICE revealed Battlefield 3 PS3 gameplay last night.  In a brief demo, which looked like the footage from the “Fault Line” series of videos,  DICE showed off the game in console form for the first time.  Critics should start to feel a little bit better about the console version of the game, because from the looks of it, the game is going to be amazing on all platforms.

Battlefield 3 leaps ahead of its time with the power of Frostbite 2, DICE’s new cutting-edge game engine. This state-of-the-art technology is the foundation on which Battlefield 3 is built, delivering superior visual quality, a grand sense of scale, massive destruction, dynamic audio and incredibly lifelike character animations.  In Battlefield 3, players will step into the role of the elite U.S. Marines fighting force, experiencing heart pounding single player missions, competitive multiplayer gameplay, taking you around the globe.

Battlefield 3 will be in stores everywhere October 25th for Xbox 360, PS3, and PC.