Behind the Scenes Look at inFAMOUS 2 Story 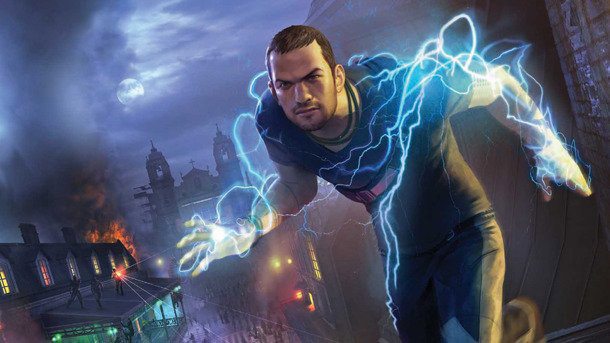 We now have less than a week until inFAMOUS 2 hits stores, and to help you get pumped, you can now watch the behind-the-scenes look which details game’s storyline.

The story will lead players into a new location called “New Marais.” Protagonist Cole McGrath will attempt to find the source of the technology that built the device which exploded in Empire City during the first game, and see if the device can be used to enhance his already powerful abilities. As you progress through New Marais, you’ll come across small artifacts called “blast cores” which will give him a new or improved power.

Among the enemies that Cole will combat include horribly mutated beings known as “the Corrupted”, as well as a sketchy organization called “The Militia” who have taken over New Marais in an attempt to keep all superpowered entities away.

One of the hyped features of inFAMOUS 2 includes the ability for users to create their own missions and distribute them to other players as user-generated content, and if we learned anything from LittleBigPlanet, it’s that PS3 gamers are capable of some pretty cool stuff.

You can check out the video below. inFAMOUS 2 drops on June 7th, and if you pre-order the game you’ll get early access to the Uncharted 3 multiplayer beta which is looking more and more awesome.

Home / Game News / Behind the Scenes Look at inFAMOUS 2 Story