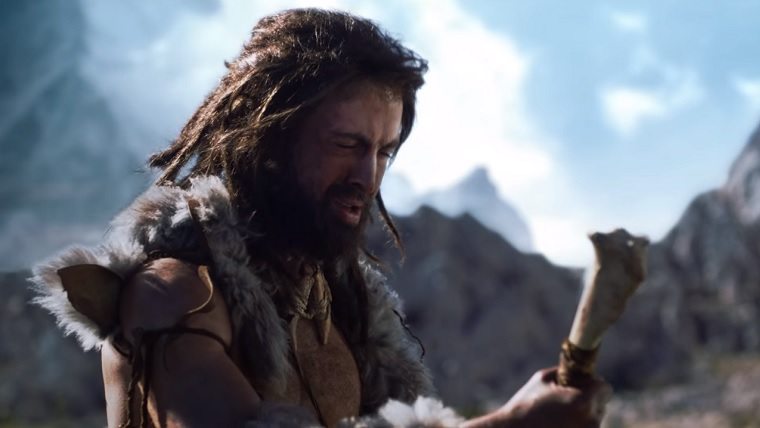 While I’m not usually crazy about live action trailers for video games, I have to admit that Ubisoft came up with something pretty cool for Far Cry Primal. The trailer is called The Charge and features the same man appearing in several famous battles and keeps going back in time until he’s in the Stone Age.

It’s funny because at first when the trailer starts you think you’re watching a Call of Duty trailer, but I though this was a pretty clever way to showcase how different and more basic the battles in Far Cry Primal will be compared to games like Call of Duty. As the trailer says, “This time, it’s not about guns it’s about guts.”

The game is set in the fictional land of Oros, which is packed with creatures like mammoths and saber-toothed cats. While Far Cry 4 had definitely dabbled in the direction of more “wildlife” gameplay, Primal is taking what that game began and is just running with it.

Far Cry Primal is set to launch for the PlayStation 4 and Xbox One on February 23, while the PC version will come out on March 1. Check out the new live action trailer for the game below.