It is most likely that the new Total War Rome 2 will have a new potential protagonist/antagonist, depending on your allegiances in Hannibal Barca. Above, you will find a newly released trailer from Creative Assembly that not only shows off a some of the engine to the point where one just can’t be sure what is CGI and what is actually in game.

Pretty sure the shot of Hannibal (spoiler?) at the end was CGI, but with the improved engine to be catered to allow facial expressions for intense zooming in, it’s very likely that everything else was, albeit very edited, in-game footage.

In the trailer itself, we get shots of the Mediterranean, giving us a better look at what the map is likely to look during release of Total War Rome 2 as well as some action scenes that are very impressive. If the in game action can look even half as good as this, fans cannot be disappointed, in that respect.

The trailer itself is quite funny if you know your Ancient Roman history. It revolves around senators debating where Hannibal might attack from with multiple ideas and they end with disregarding one possibility: Over the alps, what with a bunch of pachyderms? Wouldn’t that be just laughable?!?

Along with the new trailer, there has also been some changes and news released about Total War Rome 2. Not only will you be able to now control the loadouts of your troops, you will be able to control their aesthetics as well! Creative Assembly has released an image of some examples for possible War Elephant customizations. 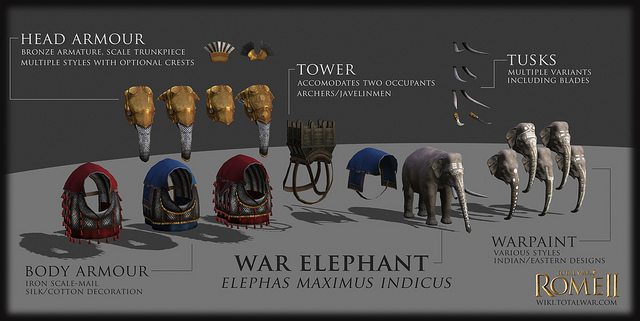 That is undoubtedly a very cool feature, if implemented well that is.

Also, the main website for Total War Rome 2, as of August 1st, has an interesting background with a warrior woman charging off a boat. 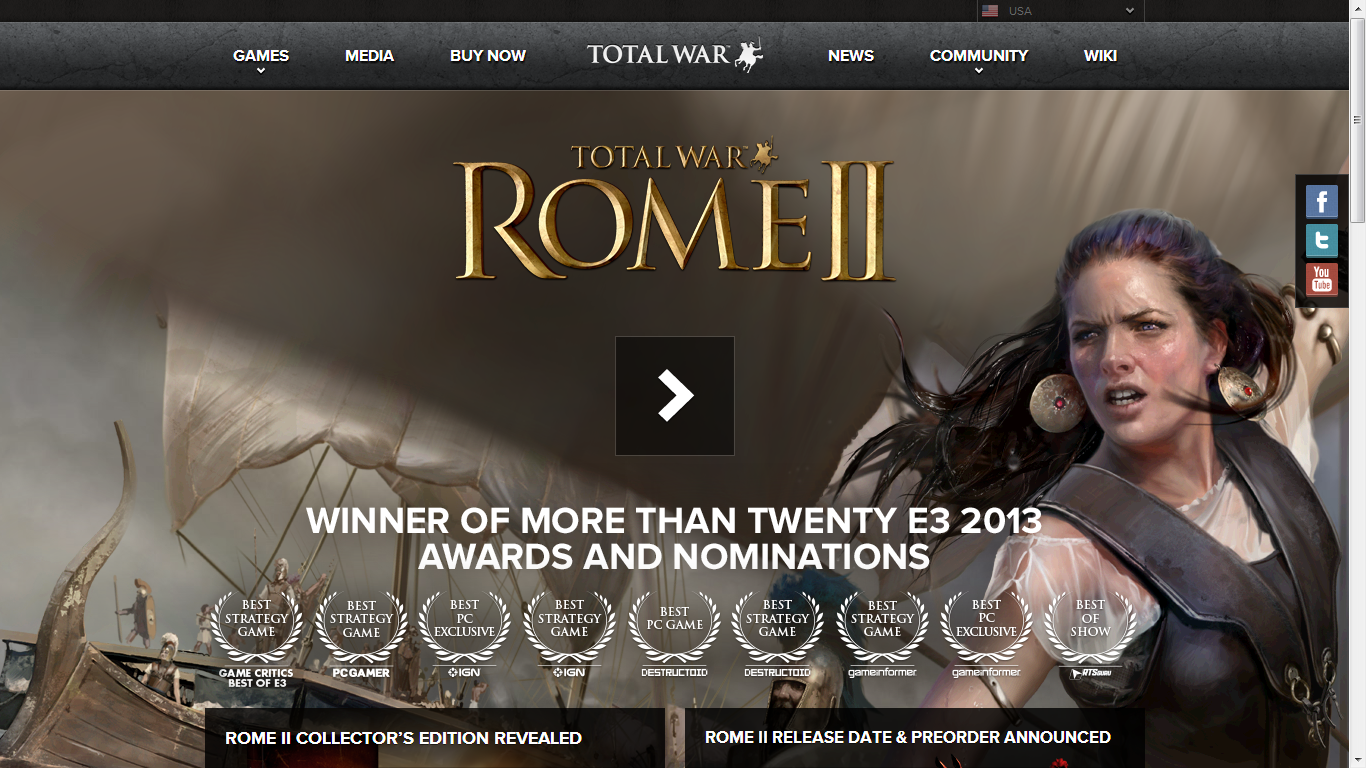 In the past Total War games, women have held very minor parts in gameplay from all female units in the original Rome, princesses in Medieval 2 and geishas in Shogun 2. Does this perhaps indicate a potential for women to play a potentially bigger part as this depicted woman clearly is doing?