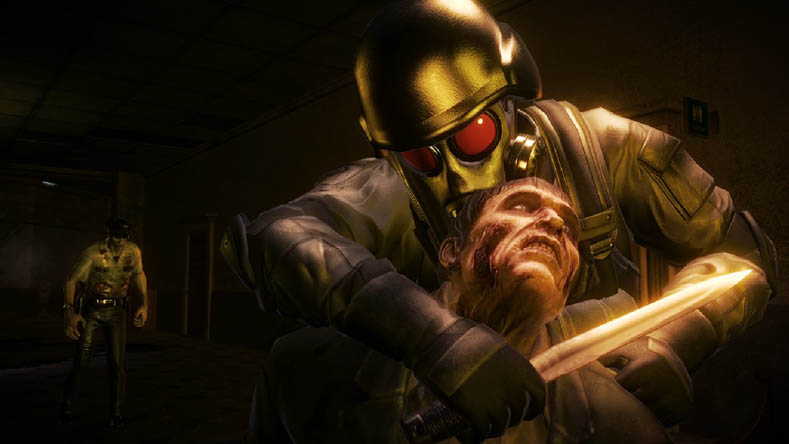 In Heroes Mode players will be able to compete in four vs. four multiplayer with classic Resident Evil characters including Leon. S Kennedy, Jill Valentine, Hunk and Ada Wong. Players will assume the role of either the good or bad guys and compete against each other in a battle for survival. But it’s not that simple. Adding a twist to the traditional TPS gameplay, players will not only need to defeat the opposing team but also zombies and B.O.W’s delivering a compelling triple threat battle.

Resident Evil: Operation Raccoon City delivers a true third person team based shooter experience set within the dark and sinister Resident Evil universe. Not only does this setting provide a rich backdrop to the action but it fosters a unique and thrilling triple-threat battle scenario for the game modes. Zombies and Bio-Organic Weapons (B.O.W’s) add to the mix as players compete against their team’s opposing squad but also tackle this third unpredictable element that could only exist in the twisted Resident Evil universe.

Resident Evil: Operation Raccoon City is scheduled for release in March of 2012 for the Xbox 360 and PlayStation 3.