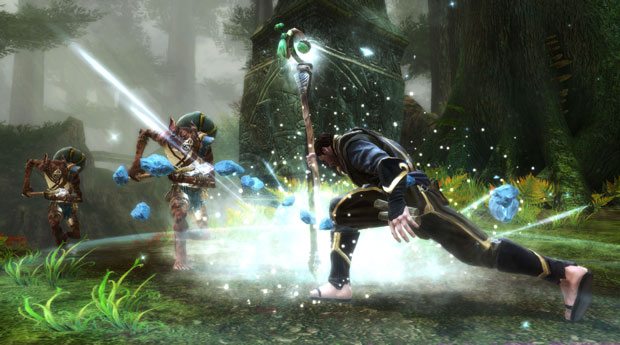 The most recent video for Kingdoms of Amalur details the finer points of combat in the upcoming RPG.   Learning combinations, and the appropriate times to use them are the key to success in the RPG.  But as you would expect, you’ll have plenty of character customization options to choose from thereby changing the ways that you’ll play the game.

Kingdoms of Amalur: Reckoning is a single player Action Role-playing Game (RPG) set in the brand-new game fantasy universe of Amalur. The game features an expansive Open World game environment, the unique “Destinies” system that limits character development only by the combination of equipped spells and items carried, intuitive yet challenging combat, a robust crafting system and a range of special attacks. Additional features include: the written and design talents of R.A. Salvatore, Todd McFarlane and Ken Rolston; dramatic special and metered attacks; as well as multiple in-game races.