Meet the Handyman in Bioshock Infinite 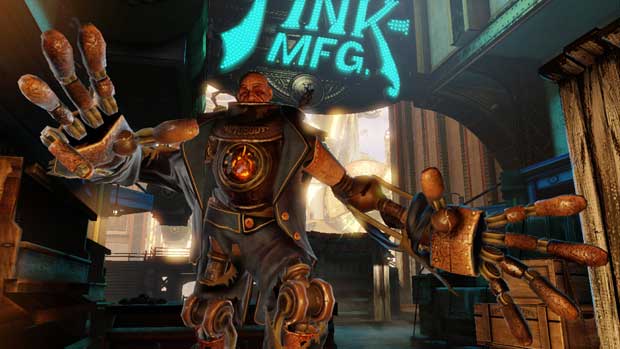 Bioshock Infinite has traded in “Big Daddies”  for a different type of enemy you’ll encounter in Columbia.  Irrational Games has begun to detail these new enemy types in their “Heavy Hitters” series of developer videos for Bioshock Infinite.

Below you’ll find the first and second installments of the “Heavy Hitters” series.  Video one of the installment features mechanized George Washington, complete with Gatling gun.  The second, and most recently announced “Heavy Hitter” is the “Handyman”.  As you can see from both the video and image above, he gets his name from his enormous porcelain hands, which are certain to crush if they get a hold of you.

Whether Irrational Games has any other “Heavy Hitters” under their belt, we’ll have to wait and see.  Bioshock Infinite is scheduled for release later in 2012.