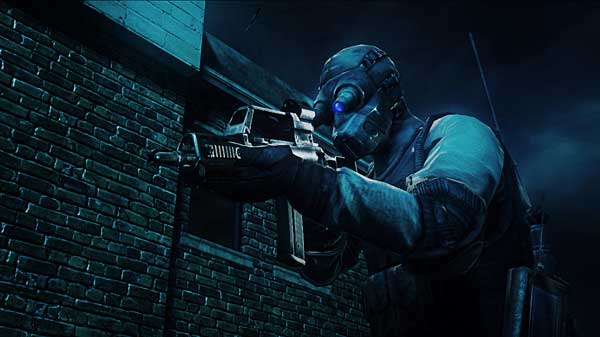 In the latest trailer from Slant Six for Resident Evil: Operation Raccoon City, we get our first look at the squad based shooter in action.  The major announcement for the game was the shift towards the squad based gameplay, and this trailer gives some clarity on just how the game will work.  The characters and their special abilities in focus here will let you choose between four classes of characters with nine abilities each.

The characters include Vector, Spectre, Bertha, and Beltway.

Vector is a stealth centered assassin that uses a cloak to avoid detection, Spectre who uses tech to locate and track enemies through walls, Bertha looks to handle the medic duties, and Beltway appears to be the tank of the bunch.  The game should definitely open up the Resident Evil universe to an even bigger audience.

True blue Resident Evil fans may also enjoy altering the storyline of the franchise, and as you can see from the video it’s not only your option, but objective.